In the festive season, Mona Lisa gets a desi makeover; check out her new avatar 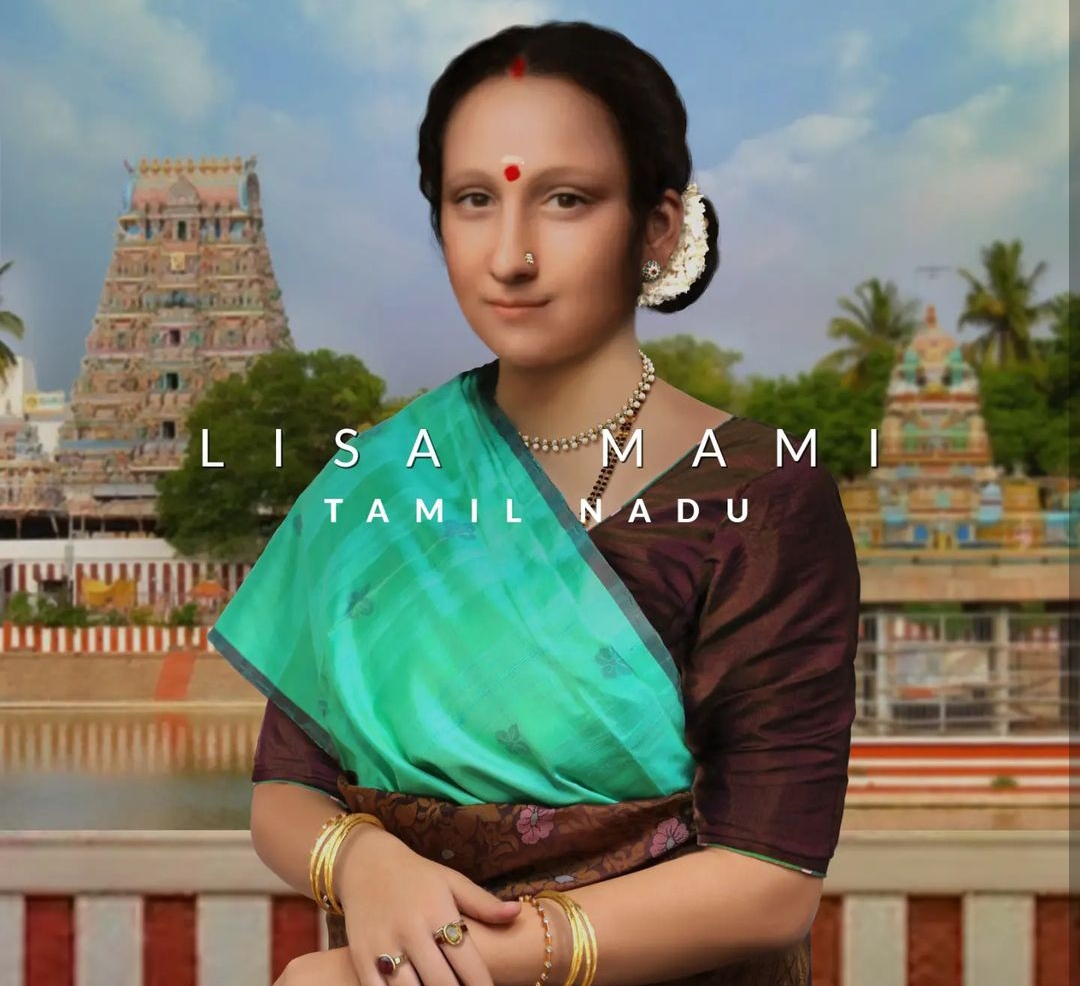 Resha Weaves, a fashion company, has given Mona Lisa an Indian makeover.

The company posted pictures of Mona Lisa with an Indian makeover on its Instagram page.

The hilarious Twitter thread depicting Mona Lisa dressed as women of various states in the country is going crazy viral on social media.

Resha Weaves shared their version of Mona Lisa and ‘Lisa Tai’ from Maharashtra.

Maharashtrian version of the painting called ‘Lisa Tai’, wearing a traditional Marathi-styled saree and jewelry in the backdrop of a landscape and saffron flag. Next in line is ‘Lisa Devi’ from Bihar, ‘Maharani Lisa’ from Rajasthan, as well as ‘Shona Lisa’ from Kolkata. There is also a portrayal of the painting as ‘Lisa Mausi’ from South Delhi.

Other avatars include ‘Lisa Bomma’ from Telangana, ‘Lisa Mol’ from Kerala, and ‘Lisa Ben’ from Gujarat. There is ‘Lisa Mami’ from Tamil Nadu as well.