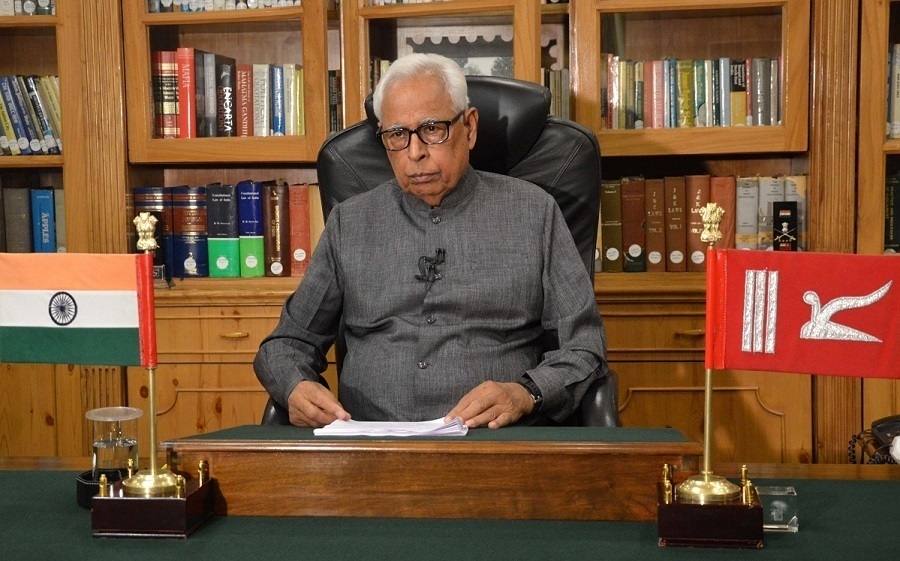 Srinagar, Aug 14: Greeting people on the eve of August 15, Governor N N Vohra on Tuesday raised the issue of “infiltration from across the border” and militancy in Kashmir.

“…(J&K’s) steady growth and advancement has suffered because of Pakistan’s continuing proxy war and its unceasing campaigns for the past nearly three decades now, to perpetrate violence and destabilise Jammu and Kashmir,” he said.

“In the past year, Pakistan attempted to infiltrate an unusually large number of trained militants from across the International Border and Line of Control.”

He said the Indian army and the police carried out “effective operations” and neutralized perhaps “the largest-ever” number of militants in the past many years.

“Side by side, we also suffered the loss of Security Forces personnel and civilian lives,” he said.

Vohra hoped that Imran Khan-led new leadership in Islamabad will “recognise the futility of continuing with its terrorist agenda” in J&K.

“…and accept that peace between our two countries will contribute towards the establishment of fruitful relations, growing trade, prosperity and all around mutual benefits.”

Vohra said the people in the valley have been suffering continuing difficulties due to recurring disturbances.

“Every call for a hartal affects the functioning of public delivery systems, stoppage of transport, tourism, trade and business and closure of all educational institutions. In brief, almost every activity comes to a halt, with consequential difficulties for the people and losses on all fronts,” he said in his message.

Vohra said the unrest has most “seriously affected” the academic schedules and the future of our youth.

He said he, at every opportunity of visiting any educational institution, appeals the teachers, parents and the community leaders to take every possible step for “protecting the interests of the younger generation”.

“It is extremely important that the anger of our youth, from whatever reasons it may arise, must not lead to their getting involved in violent activities,” he said.

Referring to youth joining militancy, Vohra said they were “influenced to pick up the gun and join groups which perpetrate violence”.

On Governor’s Rule in the state, Vohra said that for the past nearly two months, it has been his “unflinching endeavour to see that the entire administrative apparatus functions with promptitude, efficiency and complete accountability”.

In an apparent reference to New Delhi’s muscular approach towards Kashmir, the Governor said during his 10 years in J&K, he repeatedly urged that “pursuit of divisive and confrontationist approaches can never lead to resolution of any of our problems”.

“As we have seen for ourselves, such approaches have only generated vested interests, which have fractured our society and severely damaged our centuries old syncretic values and traditions,” he said.