‘If you spot this beautiful insect, kill it’: US Govt order on dangerous lanternfly from China 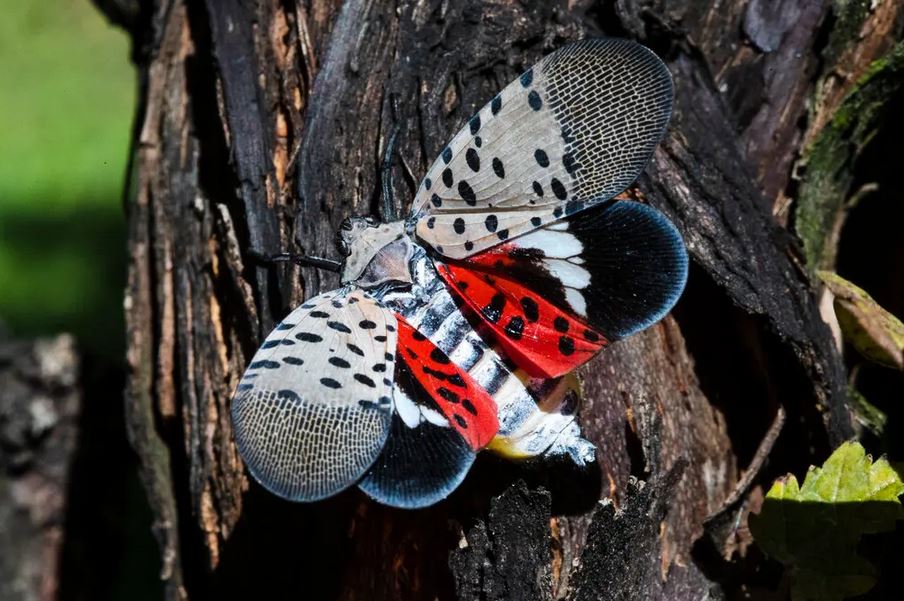 Authorities in the United States have asked people to kill lanternflies if they spot them. The beautiful insects with spotted, bright red wings and a body like a bumble bee have wreaked havoc on agriculture so much so that the US government has passed on a clear message to people: If you come across the insect, kill it.

The lanternfly is an invasive species from China. Though it isn’t physically harmful to humans, it has threatened everything from oak, walnut and poplar trees to grapes, almonds and fruit orchards.

It was first detected in the U.S. in Pennsylvania in 2014, but it has now spread to at least nine states, primarily in the Northeast, reported CBS News. Growing numbers have been spotted in New York City this summer.

Photos of the creatures have flooded social media, with many expressing either a squeamish or violent response to being faced with the responsibility of killing a lanternfly.

“Killed a spotted lanternfly today,” one person tweeted. “Was it justifiable homicide? Will I be acquitted of this crime?… My body count is up to two. When will the violence end?”

But officials are insisting that anyone who kills the insect is a “civic hero.”

“Spotted lanternflies are a threat to our city’s forests,” New York City’s Parks Department tweeted. “If you see a spotted lanternfly, squish it, dispose of it, and report it to us.”

According to New York’s Department of Environmental Conservation, the pest feeds on the sap of more than 70 plant species and excrete a sticky substance known as “honeydew,” which attracts “large amounts of sooty molds” that negatively impact the plants’ ability to photosynthesize, grow and yield fruits. The pests continuously feeding on plants also makes those plants more vulnerable to disease and attacks from other insects.

“Although native insects also secrete honeydew, the size of [spotted lanternflies] and the large populations that congregate in an area result in large accumulations of it. The sticky mess and the swarms of insects it attracts can significantly hinder outdoor activities,” the department said.

It noted that in Pennsylvania, where spotted lanternfly populations are the densest, “people can’t be outside without getting honeydew on their hair, clothes, and other belongings.”

Tags: if you come across this insectlanternfly