How French politicians are using Islamophobia to win presidential poll 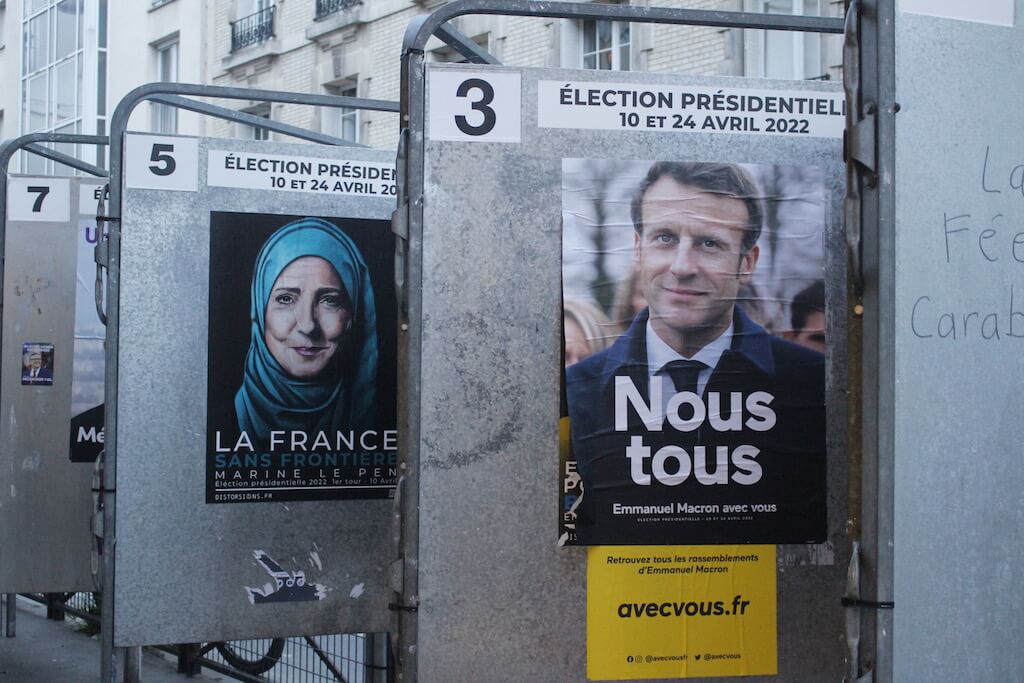 LONDON: French politicians are cashing in on Islamophobia to win presidential election on Sunday

Arab News reported that for the domestic Muslim population, a vote for Macron will be a pragmatic one rather than a vote for hope, with the incumbent seen as the lesser of two evils.

Jocelyne Cesari, visiting professor of religion, violence, and peacebuilding at Harvard Divinity School, told Arab News that while anti-Muslim and anti-immigrant talk is nothing new, “this idea that France would be Muslim within 20 years” has been peppered around since the turn of the century, what is new is that the discourse has become “central.”

She said: “The rhetoric has moved from the margins to the center. But more than this, when it comes to the legitimacy of Islam, the left is also very much on its case. They’re pro-immigration, but women wearing the hijab and the legitimacy of halal meat … this change in the past 20 years is very, very worrisome.

“Worse still, on some issues, it’s very hard to see any difference between Macron and Le Pen, especially on the visibility of Muslims. Some of Macron’s ministers have been even more excessive than she has on this matter.”

Dr. Paul Smith, associate professor and section lead in French and Francophone studies, modern languages, and cultures at the University of Nottingham, agrees that anti-Muslim rhetoric has become “normalized,” although he believes there is some nuance to Darmanin’s comment.

“Darmanin cut his teeth under (former President Nicolas) Sarkozy,” Smith told Arab News. “Sarkozy was hard, but he was also trying to create a framework for Islam to exist happily in France.

“I believe Darmanin’s comment was intended to suggest that Le Pen talks the talk but doesn’t walk the walk. In this election though, she hasn’t had to as (candidate Eric) Zemmour has been out there saying it all for her. Next to Zemmour, she looks like she’s organizing a Sunday school outing. Her anti-Islamic views have been more oblique — that doesn’t mean she’s changed her program. Should she win, she’ll seek to enforce a version of French identity that’s very much Catholic Christianity.”

Smith believes French Muslims could be key players in the election’s outcome, noting that their first-round vote, particularly in the city of Marseille, went to left-wing candidate Jean-Luc Melenchon.

Be that as it may, French lawyer and doctoral candidate Maitre Rajnish Karim Laouini said a major stumbling block to galvanizing the Muslim vote has been that while Muslims remain the subject of political discussion, they are excluded from it.

“In most cases, Muslims are excluded from debates that affect them,” Laouini told Arab News. “When they aren’t excluded, those who participate aren’t seen as people who bring their voices. Their interventions are perceived as counter-productive or reinforcing the discredit that’s already been brought upon them.

“Excluding Muslims who can bring voices from the debate only creates a climate of suspicion among some Muslims, who end up thinking France would rather see them as a problem than part of the solution.”

Cesari takes the point further, suggesting that French Muslims have not been de-platformed. “Rather, it’s just the case that they simply aren’t there,” she said.

“The French and Germans share this in Europe — they have the least presence of Muslims in any political or public structures. There’s been no political integration, and this can’t be put down to education. We know this isn’t true — we have in some instances fourth, and fifth-generation Muslim families.

“We’re just behind. Look at the UK — this week it appointed its first hijab-wearing criminal barrister to the Queen’s Counsel. There, they have Muslims in high office.”

Cesari, Laouini, and Smith all share substantive concerns should Le Pen pull off an upset during Sunday’s vote.

Laouini said should she do it, France would “take the risk of becoming the first Western democracy to ban the hijab in public spaces,” which Cesari said amounts to the erosion of democracy “as an impediment to religious freedom.” That this is only being mobilized against Muslims leaves her equally as concerned.

However, Smith said there remain a lot of uncertainties. Under the French system, the public first elects a president before going to the polls in June to elect the legislature.

Should Le Pen win the presidential election but lose the general election — “her victory could create a wave of opposition” — she would be a lame-duck president.

This, he said, could lead to violence from the far right, who tried to stir up violence during the first lockdowns with claims of “no-go zones” patrolled by Muslims — “for their part, French Muslims behaved impeccably, not responding to provocations.” He added: “We’re in unchartered waters if she wins.”