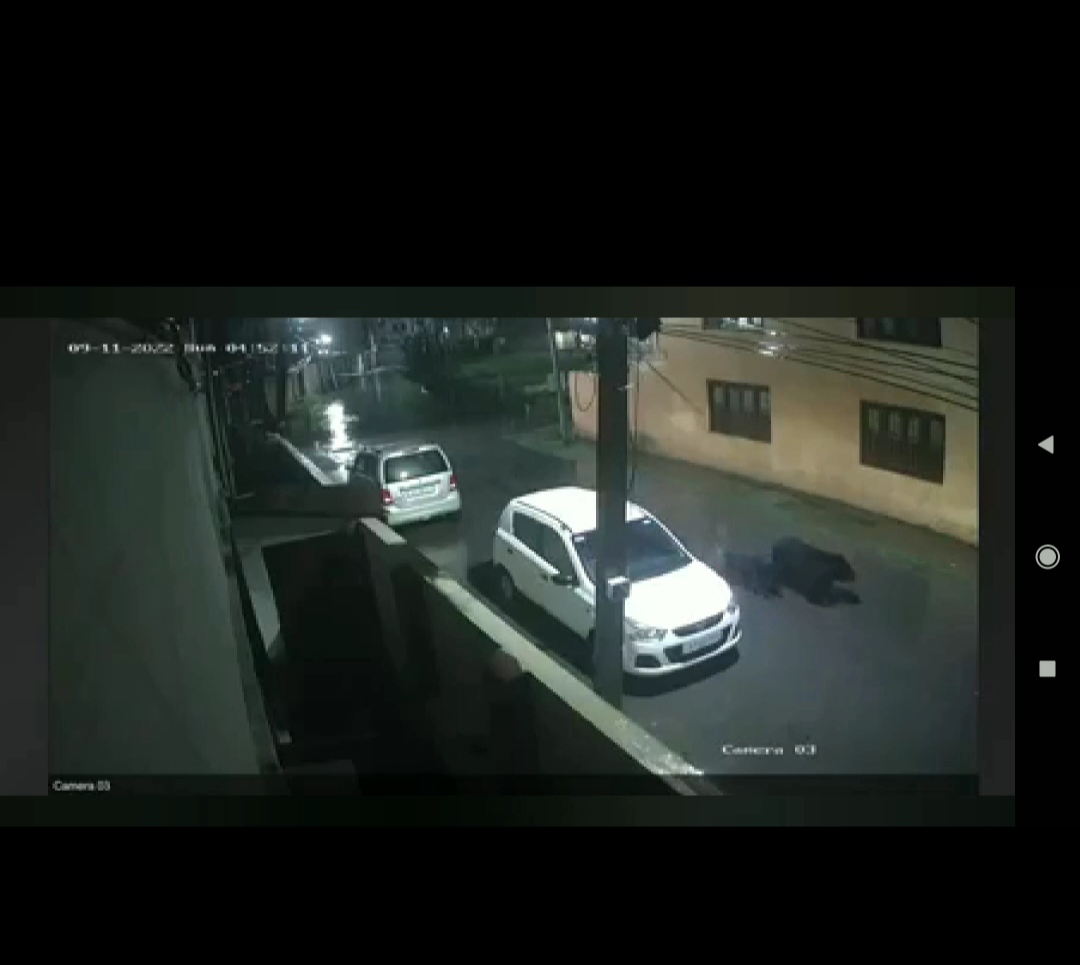 SRINAGAR: Fear has gripped people in Jawahar Nagar after a black bear and her cub were spotted in the area.

The mother and her cub were also caught on the CCTV camera. In the video, the full-grown black bear and a cub could be seen walking past the parked cars on the road.

Panic, stricken locals called up the wildlife authorities who rushed the team to locate the bear’s mother and her cub.

“We got a call early morning today from the area. We have sent the team and they are searching. We have to see whether the video is from Jawahar Nagar or not. The caller said he is having footage too. So we have not yet analyzed it. So far nothing is confirmed,” said Altaf Hussain, Wildlife warden, Srinagar.

Two bear cubs were spotted in the BB Cantt area. Wildlife authorities are also trying to find out similarities.

Earlier, there have been instances of leopards straying into habitations. Black bears roaming in urban locations are rare in Srinagar.