Gold trades flat at Rs 50,500 after tumbling down for days 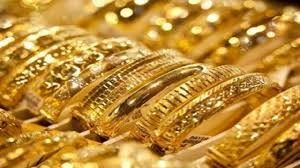 India Gold MCX December Futures rose marginally on Thursday following the positive trend seen in the international markets. Experts are of the view that the next resistance level for the yellow metal is placed at Rs 50500-50660 per 10 gm.

On the Multi-Commodity Exchange (MCX), December gold contracts were trading flat at Rs 50,360 per 10 gram at 0920 hours. December silver futures were trading 0.3 percent higher at Rs 60,099 per kg.

Gold and silver tumbled on Wednesday amid delays in passing a second stimulus of $2.2 trillion in the house and disappointment from the first presidential debate between Trump and Biden triggered profit-taking in both the precious metals.

Upbeat US ADP non-farm employment change and pending home sales data also triggered selling in both the precious metals. However, contraction of 31.4 percent in the US second-quarter GDP supports prices at lower levels.

“Weakness in the dollar index after the US presidential debate and record contractions in second-quarter GDP data in the United States by 31.4% supports prices at lower levels,” Manoj Jain, Director (Head-Commodity & Currency Research) at Prithvi Finmart told Moneycontrol.

Jain is of the view that Gold has strong support at Rs 50,000 levels and if prices sustain above 50330, it could test its resistance levels of Rs 50500-50660 again. We suggest avoiding short sell at lower levels in today’s session.