Give expired injections, endanger a child’s life, then pay a small fine: The ‘way out’ in Shopian medical negligence case 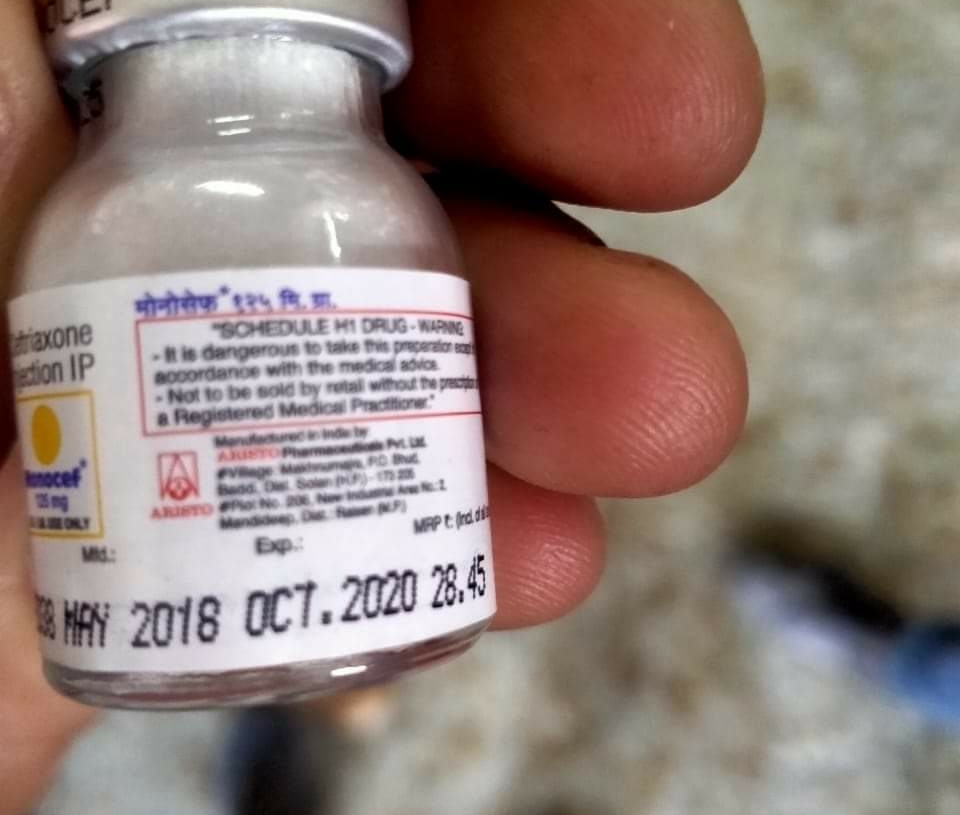 Srinagar: A case of medical negligence involving a young patient being repeatedly administered expired injections is being subtly brushed under the carpet in southern Kashmir’s Shopian district.

While the administration has accepted the glaring case of negligence that could have cost the child’s life, the higher-ups responsible have been, as happens so often, let go with just a fine of two days of their salary.

Besides, both the district as well as the hospital administration have ignored the patient as shows the order penalising the medicos.

The case involved one Bazila Iqbal, age 6, daughter of Mohammad Iqbal Katari of Devpora, Shopian, who, earlier this week, was admitted at the District Hospital Shopian after she had “pneumonia”.

Dr. Ramesh Kumar Malla, Chief Medical Officer, Shopian, told The Kashmir Monitor that the child was injected “four times” with ‘Monocef ‘drug with an expiration date of October 2020 even though reports said that she had been receiving the perished drug for four consecutive days in the hospital.

“For the past four days, my daughter was given expired injections. Today morning, we checked its expiry date and we all got shocked to see that the injection given to my daughter has already expired on October 20, 2020,” a visibly upset father had told a local news agency on Friday.

It was only after the patient’s condition did not improve that the family realised the negligence on part of the medicos.

As the issue came to the fore, the concerned DC, Sachin Kumar Vaishya visited the hospital on Saturday and ordered the CMO to conduct an inquiry and file a report on the same day.

The report confirmed that there was medical negligence on part of the medical superintendent, and the doctors and nurses attending the patient.

An order issued by the DC after going through the report reads: “There was medical negligence on part of the district hospital authorities. Medical superintendent being the head of the institution should have put in place a proper mechanism for the medicines being administered to the admitted patient with the maintenance of consumption registry, expiry medicine register and the medical store diary. No action on part of the medical superintendent against the negligent staff speaks about the negligence of the Hospital administration.”

In any other part of the world, the medical authorities found guilty of such negligence that can cost a patient’s life would have faced major legal and compensatory repercussions.

However, the administration, as per the order, has practically let go the medicos with a mere fine of two days of their salary.

“The nurse in charge of SNCU on the incident day namely Roziya Mushtaq (FMPHW) is hereby attached with the BMO office Shopian and furthermore, BMO Shopian, would submit  a comprehensive report with regard to the role of the said nurse in the instant matter for further course of action,” the order reads.

It adds: “The staff nurses namely Sheema, Zulfi, Sabi Jan, Ulfat Jan, and Rubina Akhter are hereby fined to the tune of two days salary, each.”

And at the end of the order is a plain warning: “…the officers involved should not repeat such things in future and are hereby warned of the same.”

Selling of expired drugs is a criminal offence under the Indian Penal Code as well as the Drugs and Cosmetics Act, 1940. Those who dispense medicines beyond the expiry date can be booked under IPC sections that attract up to two years in jail.

But in this case, just a mere warning and a small fine has allowed the doctors retain their jobs as well as positions, with no one questioning them how come an expired drug had been given to patients.

According to the CMO, Dr Malla, apart from the four expired doses given to the patient, there were eight more expired vials of the same drug which were “seized by drug control officials”.

Asked about the patient’s condition and whether she will receive any compensation, the CMO said: “She is alright. Her condition has stabilised. It is correct that there is no mention of any compensation in the order but any medical assistance she needs will be managed by the hospital.”