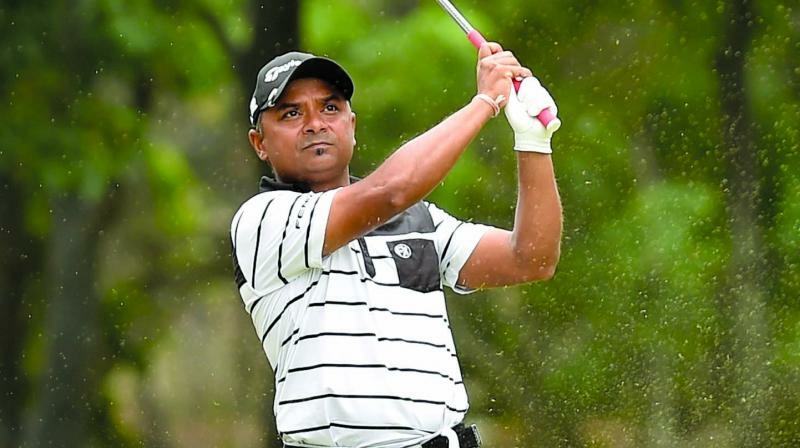 Tokyo: Veteran Rahil Gangjee held his nerve to win the Panasonic Open in Japan by a single stroke, his first Asian Tour victory in 14 years.

The 39-year-old claimed the winner’s blue jacket at the 150-million-yen tournament by sinking a birdie at the last hole at the Ibaraki Country Club near Osaka.

Gangjee began the final day tied for second and one shot behind South Korea’s Kim Hyung-sung.

“It’s been 14 years. I was shaking for the last putt,” an elated Gangjee told fans shortly after his victory.

“I feel great. There are a lot of people to thank, obviously. But right now my mind is all over the place.”

Gangjee birdied the par-5 second before taking bogeys at the par-3 fifth and the par-4 seventh. He then birdied the 12th, 13th and 14th holes before finishing the final hole again with a birdie.

Kim ended the tournament tied for second with his compatriot Hwang Jung-gon, who shot six birdies and one bogey on Sunday to lift himself up from tied-fourth after three days. Japanese star Shingo Katayama returned with a 72 on Sunday for a four-day total of 276 and finished tied for 14th.