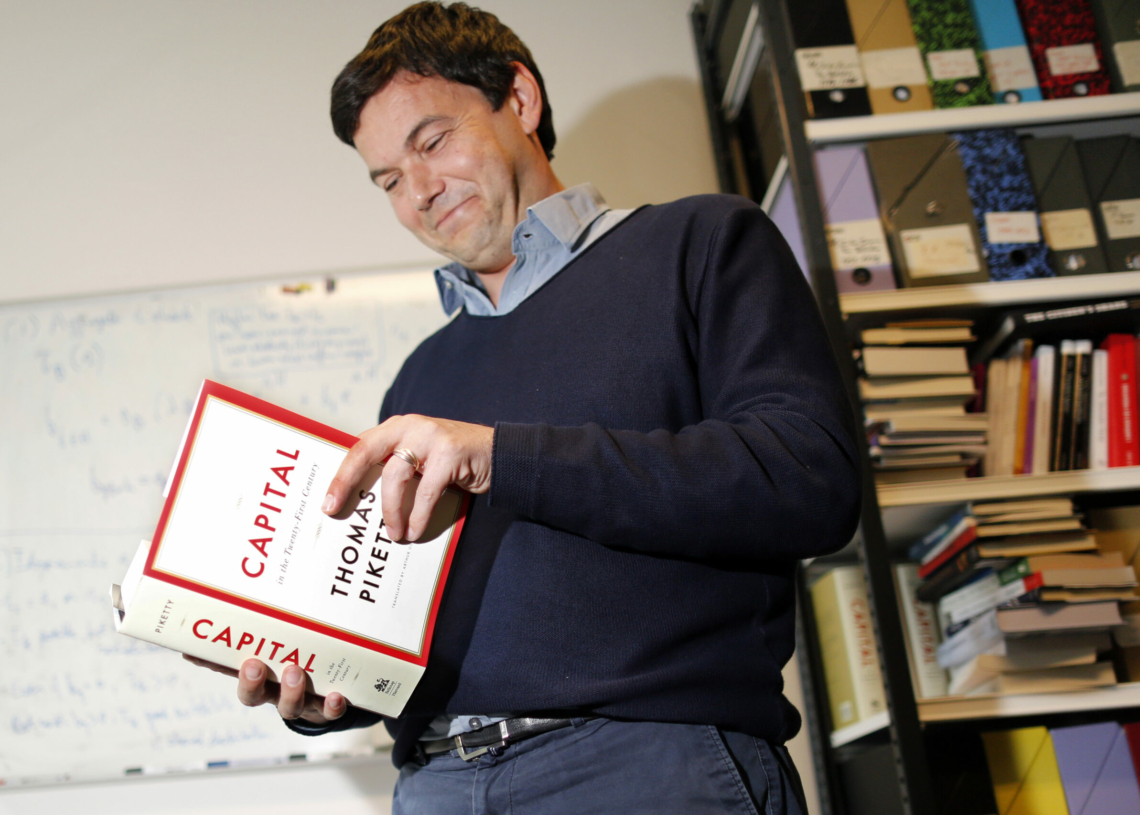 “I think the government would be well advised to introduce a basic income scheme, and more generally to develop a safety net in India. I do not see how a lockdown can work without a system of income maintenance,” Piketty told PTI in an interview.

Piketty’s previous book ‘Capital in the Twenty-First Century ‘ became the best-selling work in the history of Harvard University Press and made him a household name.

The government has imposed lockdown from March 25 to curb the spread of coronavirus and since then extended the restrictions twice.

Piketty also pitched for more equitable and progressive taxation including a wealth tax and inheritance tax in India.

“India has the potential to become the global democratic leader of the 21st century, assuming the country manages to come to terms with its legacy of inequality,” the eminent economist emphasised.

“The attention that was put to the reservation system was not matched by sufficient attention to other issues, including land reform and the redistribution of property, and the funding of adequate education, infrastructure and health investment through a more equitable and progressive tax system (including a wealth tax and inheritance tax),” he said.

Interestingly, the idea of universal basic income was mooted in Economic Survey 2016-17 by the then chief economic advisor Arvind Subramanian and there was a discussion last year during the electoral campaign to introduce a basic income in India.

Piketty, who recently wrote a book ‘Capital and Ideology’, noted that a pandemic like Covid-19 can have contradictory effects on inequality.

“On the one hand, it can raise the legitimacy of public investment in health, infrastructure and education. But on the other hand, it can also raise the fear of strangers and reinforce the pre-existing trends toward sectarian conflicts,” he said.

Before the pandemic, Piketty said the trend toward sectarian conflict reflected the lack of political ambition to change the economic system and to put in place a system that is truly based on economic justice.

“This will be even more true after the pandemic: we need to think again about how to reconcile prosperity and equality,” he said adding that in his book, he explored the possibility of a system based upon educational justice and participatory socialism, involving private property for all and the permanent circulation of wealth and power.

Asked how coronavirus pandemic will impact India’s rising inequality, Piketty said the experience of the Spanish flu of 1918-20 is frightening.

“According to some studies, mortality rates were as large as 5 per cent in India or Indonesia, as compared to 0.5 – 1 per cent in Western Europe and the US (which was already very high).

“It seems unlikely that things can get so bad today, but this means that we have to be very careful,” Piketty, who is currently a professor at Paris School of Economics, said.