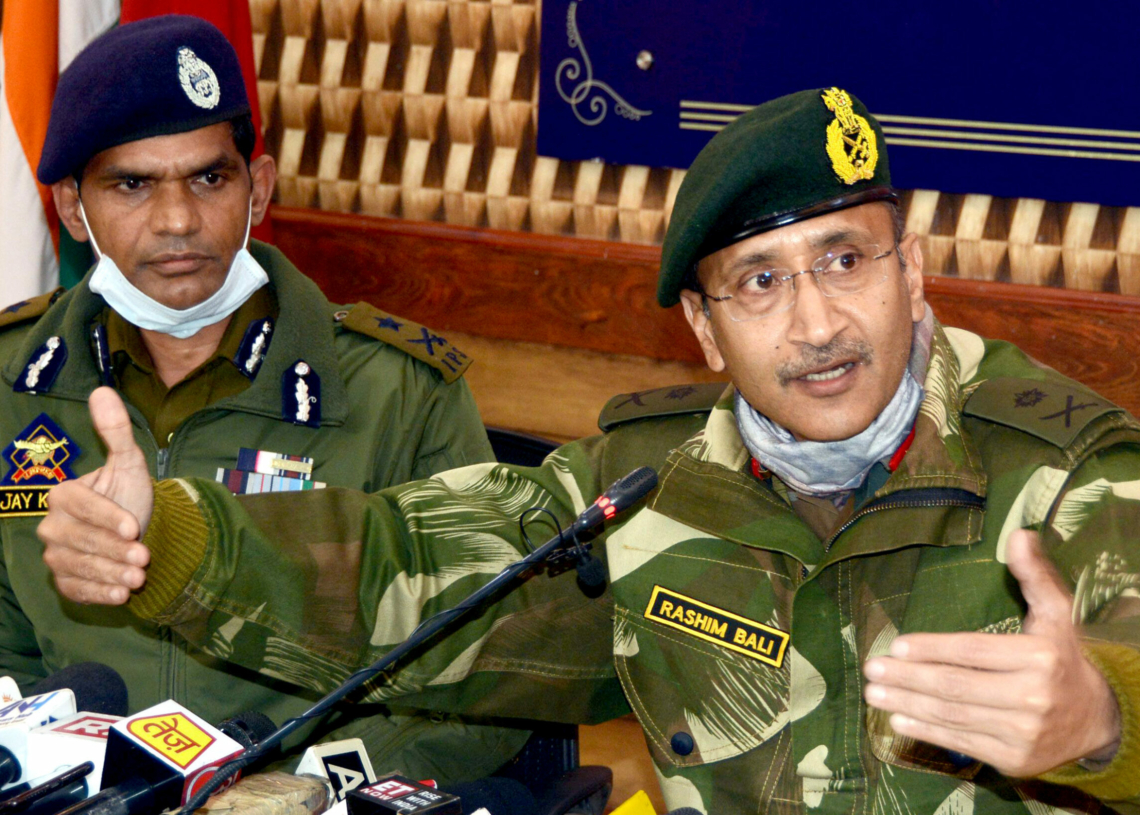 Addressing a press conference at police control room here, the IGP Kashmir said that acting on a tip off, joint teams of army, police and the CRPF laid a siege at Imam Sahib area of Shopian. “When the suspected house was zeroed in, the militants fired indiscriminately triggering a gunfight. We brought family members of the trapped militants and even at 2 am, repeated surrender offers were made. The militants turned down the offer and fired at forces in which one soldier sustained bullet injury,” the Kashmir police chief said.

He said that in the ensuing gunfight, four militants were killed. “Some reports suggested that they belong to TRF, but for us TRF and Lashkar-e-Mustafa the fake names and are off shoots of Lashkar-e-Toiba and Jaish-e-Muhammad. All four slain militants belonged to Lashkar-e-Toiba and have been identified as Rayeed Ahmed, who was active since October last year, Amir Mir who joined militancy in February this year, Raqib Malik who picked up arms in December last year and Aftab Wani, who joined militancy in November last year,” the IGP said.

He said this year so far nine encounter have taken place of which only one was witnessed in north Kashmir. “In nine encounter, 19 militants were killed of which nine were killed in Shopian district alone. Among the slain were two top commanders that include Gani Khawja from north Kashmir and Sajad Afghani from South Kashmir,” the IGP said.

He said that this year so far 18 youth joined militancy of which five were killed and three arrested and rest are active. “Those active are being reached out and are being urged to return to mainstream,” the IGP Kashmir said.

He said that Standard operating Procedure (SoP) is being followed that entails offering surrender to local militants even during live encounters. “Security Forces are dealing with the anti-militancy operations professionally,” the IGP said. “In all these encounters, no civilian was killed. We lost four security forces personnel including a solider, a cop in Budgam, and two policemen in Barzulla, Srinagar.” He said that in today’s encounter a soldier was injured, who is stable.

Present on the occasion, General officer commanding (GoC) Victor Force Rashim Bali said that army’s 44 RR reached out to the parents and even to the wife and 4-year-old son of a militant Raqib. “But they refused to surrender. This is why the operation got delayed, otherwise it wouldn’t have last even for half an hour,” the GoC said. “We even brought brother in law of Raqib to the encounter site, but still he didn’t surrender.” The GoC reiterated that the army is ready to facilitate the surrender by local boys holding guns even at the last minute. “Our one soldier received bullet injury in a bid to try whether the militants may surrender,” he said.

Replying to a query that residential houses are getting damaged in encounters, he said that the security forces are working professional and at times houses where militants are hiding, catch fire due to the congested localities. “Recently, militants were caught in a concrete house, that was connected with two more houses. They shifted from one house to another. In some cases, militants themselves torch the houses in a bid to flee,” the GoC said—(KNO)