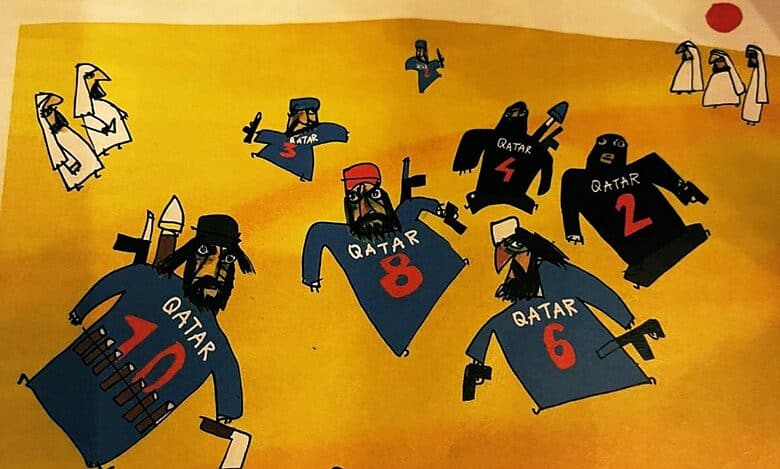 Doha: Days ahead of the Football World Cup, anger has swept across the Muslim world after French weekly `Le Canard Enchaine’ published a series of Islamophobic cartoons representing the players of the Qatari national team.

The newspaper chose to draw the players wearing beards, turbans, and face masks, and carrying swords, daggers, and guns in their hands.

The cartoon was published in `October 2022. It was titled, “Qatar … Behind the scenes”.

The cartoon sparked outrage on social media, as tweeters accused the newspaper of racism, supremacy, and Islamophobia.

“For those who do not yet understand the extent of racism targeting Qatar. This is the opinion of a French newspaper about the Qatari football team,” reads the English translation of the tweet in Arabic,

“This picture is a translation of pure Islamophobia, and very wrong,” said another

Arabs and supporters of Qatar also launched a campaign with the hashtag: “#اناعربيوادعم_قطر – I’m an Arab and I support Qatar” to show support for Qatar for being the first Arab country to host this international event.

FIFA World Cup 2022 will start on November 20, with the opening match between Qatar and Ecuador at Al Bayt Stadium in the first World Cup to be held in the Middle East and the Arab world.