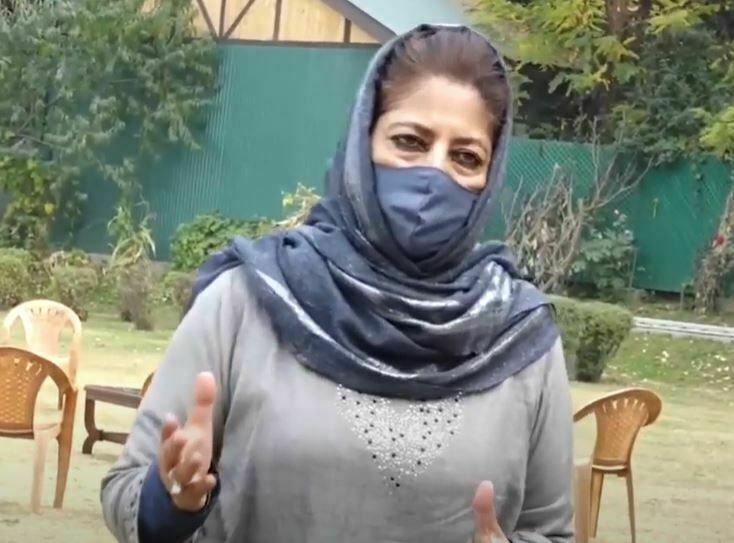 A lawyer in Uttar Pradesh’s Jaunpur has filed a case against former J&K Chief Minister Mehbooba Mufti for her alleged seditious remarks last week that the members of her party would not hoist the Indian tricolour unless they are allowed to raise the flag of Jammu & Kashmir.

According to a report by Hindustan Times, Himanshu Srivastava, who filed the case through advocate Upendra Vikram Singh on Wednesday, said Mehbooba’s comments on October 23 are “tantamount to treason”.

Srivastava as per the report said that Mehbooba is yet to apologise for her statement and that she has allegedly tried to weaken the country and incited enmity, disharmony and hatred.

The court, the report added, has accepted the application and fixed November 27 as the next date of hearing.