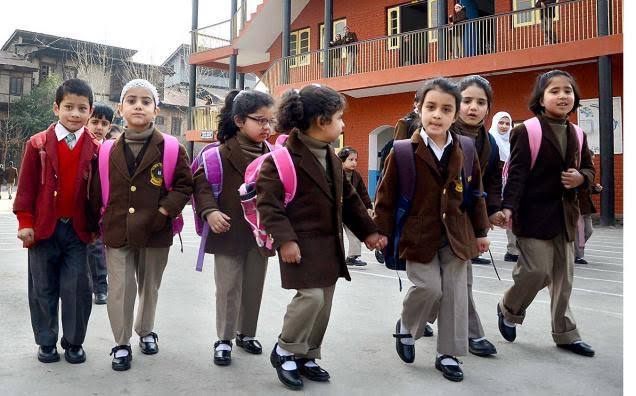 A new study has revealed that school uniforms do not have any effect on students’ behavior or attendance.

The findings of the study were published in the journal ‘Early Childhood Research Quarterly’.

Students who attended schools in uniform reported lower levels of “school belonging” in fifth grade than shoes without uniforms.

The findings came from data on more than 6,000 school-age children. “A lot of the core arguments about why school uniforms are good for student behavior don’t hold up in our sample,” said Arya Ansari, lead author of the study and assistant professor of human sciences at The Ohio State University.

“We didn’t see much difference in our behavior measures, regardless of whether the schools had a uniform policy or not,” Ansari added.

Ansari conducted the study with Michael Shepard, a graduate student in human sciences at Ohio State, and Michael Gottfried, associate professor of education at the University of Pennsylvania.

The issue is important because school uniforms are becoming more popular, Ansari said, and not just in private schools.

“There hasn’t been much research done on the value of school uniforms in the past 20 years or so, especially given how much their use has increased,” said Ansari, who is also a faculty associate at Ohio State’s Crane Center for Early Childhood Research and Policy.

Proponents of school uniforms have argued that, among other things, they promote better attendance and a stronger sense of community, which results in less bullying and fighting.

To test that, the researchers used data from the Early Childhood Longitudinal Study, which followed a nationally representative sample of 6,320 students from kindergarten through the end of fifth grade.

Teachers also reported how often each student was absent.

Overall, school uniforms had no effect on any of the three dimensions of behavior in any grade, even after taking into account a wide range of other factors that could potentially affect students’ behavior.

The study did find that low-income students in schools that required uniforms did have slightly better attendance, but that difference amounted to less than one day per year, Ansari said.

The researchers also evaluated self-report measures from the same students when they were in fifth grade. Students reported on their sense of school belonging, such as how close they felt to teachers and classmates. They also reported their experiences of bullying and social anxiety.

School uniforms were not linked to any differences in bullying or social anxiety in the children. But those who had to wear uniforms reported lower levels of school belonging than did those who attended schools with no uniform requirements.

The data in this study can’t explain this finding, Ansari said, but there are some plausible reasons why this might be so.

“While uniforms are supposed to build a sense of community, they may have the opposite effect,” he said.

“Fashion is one way that students express themselves, and that may be an important part of the school experience. When students can’t show their individuality, they may not feel like they belong as much,” he added.

The results of this study should caution parents, teachers, and administrators from assuming that school uniforms have positive effects that they may not have, Ansari said.

“School uniforms may not be the most effective way to improve student behavior and engagement,” Ansari concluded.