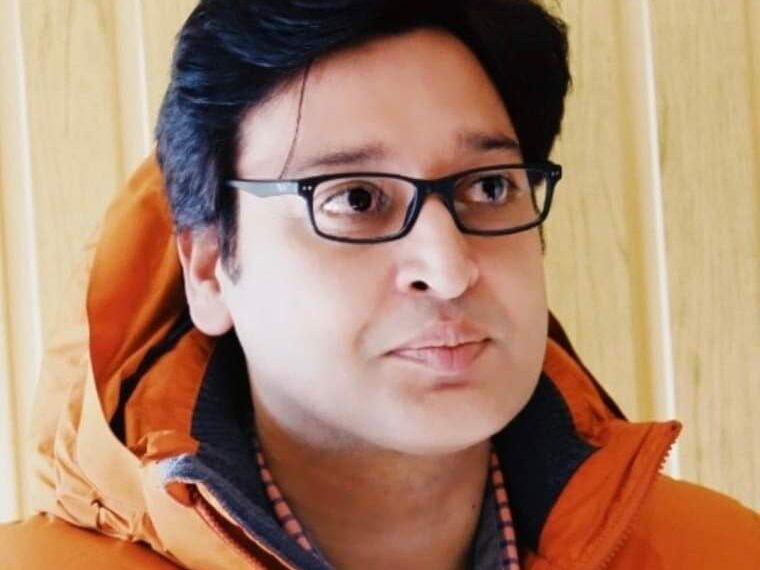 Srinagar: As the winter blues get severe in Kashmir, the children are falling ill left, right and center. “Flu” is found to be the main cause for their illness. However, the alarming increase in the flu cases are causing concern among the parents. Questions are being raised as to why the cold climate is making the viral infections worse in comparison to the last three winters. To know what is affecting the young ones and the safety tips to keep the winter illnesses at bay, The Kashmir Monitor spoke to Dr Yasir Wani, Senior Consultant and HOD Pediatrics District Hospital Pulwama.

Could you please tell us why are children falling sick so frequently, especially this winter?

We have seen that in the last three years, children stayed home mostly owing to the pandemic. In their limited outside activity, they donned masks continuously which reduced the transmission of infections. This is one primary reason why the extent of flu was not widespread in the past three winters. Once the pandemic waned, the children started moving out. However, their immunity to infections had declined as they were not exposed to the pathogens in the air for a long time. This made them more susceptible to flu.

Additionally, the winter in our region is severe. The viruses causing the infections get more active due to intense cold and decreased humidity. The presence of the pandemic didn’t give these viruses enough chance to find a favorable environment to thrive. This time, however, they found the host and the decreased immunity further led to the quicker spread.

Could you please list the type of viral infections and some classic symptoms reported in children nowadays?

Flu, also known as influenza, is one of the most common infections among children in winters. It’s a highly contagious viral infection that affects the respiratory tract. Symptoms include fever, body pain, headache, tiredness, and cough.

The second most commonly reported illness is respiratory Syncytial Virus. This winter, we are seeing many cases especially among kids who are less than 2 years of age. When the infection inflates, it leads to the problem of bronchiolitis. Respiratory Syncytial Virus or RSV can be a serious problem in infants. The symptoms take two days’ time to show and may develop in the next 3-4 days. The symptoms of the illness are: Runny nose, Cough, Rapid breathing, Fever and Congestion in the upper airway.

The other infections include common cold and swine flu etc. Having said that, it is requested that parents should not self-medicate and give antibiotics to children right away on the first day. In winters, 99 percent of time, it’s the viral infections which cause sickness. It’s futile to give antibiotics in such cases which are usually prescribed for bacterial infections. Always seek help from a healthcare professional.

There are many popular myths in Kashmir that the thicker the cloth worn in children, the better will be protection against cold? How would you debunk that and what kind of dressing should be ideally preferred for this weather in children?

As parents, we often think that wearing something thicker will help children keep warm. In reality, what matters is dressing up in layers as they act as a good form of insulation. For example, the space between the thermal and Chester sweater in your child is the best insulator.

Also, the surface area of the head in children is more than their bodies. At birth, a baby’s head makes up over 20 percent of their total surface area, so exposing that skin leads to increased heat loss, putting them at risk of hypothermia much quicker than an adult, if they were to both have their heads uncovered Therefore, parents are often advised to keep children’s heads covered to stop them getting cold. Moreover, the best way to protect children is to protect all body parts as evenly as possible. So it is advised to wear caps, beanies, socks, mufflers and mittens or gloves.

It is important to note that the child’s body needs time to acclimatize from an extremely warm room setting to cold. When a person makes shifts between extreme temperatures, the blood vessels are affected. In winters, our blood vessels store heat while in summers it is the opposite and this sudden change in temperature affects the process, which affects our heart as well.

It is advised for parents to slowly switch temperatures to prevent it from affecting their bodily systems. Whenever there is a change in the temperature, the immunity goes for a toss and that is why the children often fall sick or get viral infections when the weather changes suddenly.

Food is always a tricky area in winters for children. Parents often get confused about what to give them in the cold weather and end up giving protein rich foods. What kind of diet should be given according to you?

I recommend giving diverse food to children. Don’t only stick to protein and Dals only in winter. Give them fruits as they contain necessary vitamins and minerals, green leafy vegetables containing vitamins as well as dietary fibers and cereals. Cut the high intake of white sugar, white salt and white rice. You don’t have to completely avoid these three but it should be taken in a balanced way.