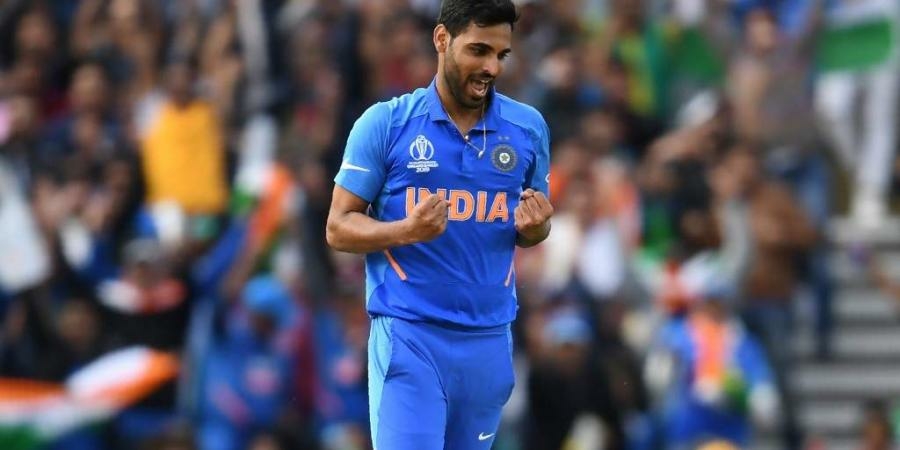 Dharamsala: India seamer Bhuvneshwar Kumar hinted that they might limit the usage of saliva to shine the white ball during the first ODI against South Africa here on Thursday as a precautionary measure in the wake of the deadly Novel Coronavirus outbreak.
Bhuvneshwar, however, said a decision on this will be taken by the team doctor during a meeting later on Wednesday.
“We have thought about this thing (not using saliva) but I can’t say right now we will not use saliva because if we don’t use saliva then how will we shine the ball.
Then we will get hit and you people will say you are not bowling well,” the 31-year-old pacer, who is returning to the team after recovering from sports hernia surgery, said during the post-match press conference here.
“But it’s a valid point and let’s see we will have a team meeting today and whatever instruction we get or whatever is the best option we will do. It all depends on the team doctor and what advise he gives us,” he added.
Amid the ever-rising danger of the Coronavirus outbreak with more than 40 positive cases in the country, Bhuvneshwar said they are taking every possible precaution in these difficult times.
He, however, refused to speculate on whether the upcoming Indian Premier League will be disrupted by the deadly disease.
“You cannot say anything right now because it’s taking a dangerous situation in India. But we are taking every precaution we can take. We have a team doctor with us and he is giving us instructions about dos and don’ts.
So we hope it won’t go (spread) much further, he said.
Just like other teams, Indian players have also been advised to stay away from fans.
“Few dos and don’ts which the team doctor wants us to do.
Simple things like maintaining hygiene, keep washing your hands regularly and not going closer to fans and all those things.
“But we cannot avoid fans because they love us, they support us. In the meantime, we can try and not get too much closer to them. We can avoid as much as we can,” he added.
South Africa coach Mark Boucher had said that the Proteas could avoid the customary handshakes during their stay in India in the wake of the outbreak.
Despite the Covid19 wreaking havoc worldwide, South Africa went ahead with the tour only after their medical and security team gave a go-ahead after doing a risk assessment.
The second match of the series will be played in Lucknow on March 15 and Kolkata on March 18.