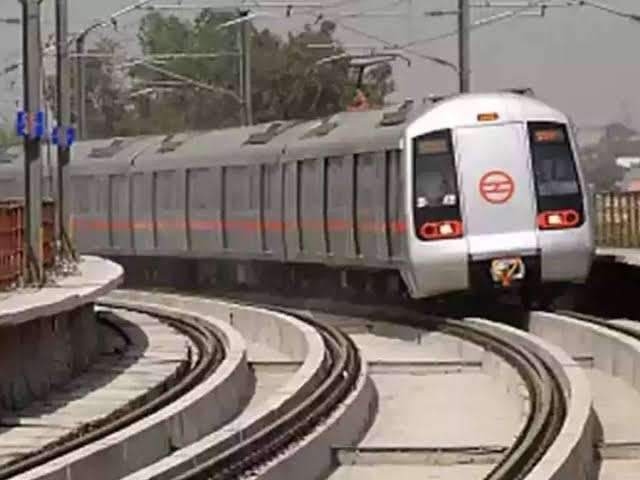 i-CBTC, being indigenously developed for the first time in India, will enable unmanned operations of metro and trains. It is a big leap forward in the field of metro and rail automation and will give a boost to the ‘Atmanirbhar Bharat’ mission of the Government of India.

The project is being carried out under the ambit of the Ministry of Housing and Urban Affairs (MoHUA), Government of India. The MoU aims at leveraging the complementary strengths and capabilities of BEL and DMRC.

India manages the fourth largest national railway system in the world by size, with a total route length of 68,103 km (42,317 mi) as of 31 March 2022. Indian Railways, the premier transport organization of the country is the largest rail network in Asia and the world’s second-largest under one management.

i-CBTC is a modern communication-based system that uses radio communication to transfer timely and accurate train control information. Taking the big leap forward in the field of automation, the system will enable unmanned operations of metro and trains.

“It is a major step towards the development of an indigenously built signaling system in India and a big step towards achieving self-reliance in Metro Signalling & Train Control Systems. This will facilitate and foster innovation, enhance local skill, reduce deployment cost of Metros and lead to the evolution of expertise within the country in the field of train control signaling systems,” DMRC mentioned in a communique.

According to News on Air, conventional railway signaling is based on color light signals and train detection with the help of track circuits and axle counters. Although this technology is suitable for the detection and control of trains, it is still not able to utilize the section capacity to its full advantage. And here comes the indigenous communication-based train control system (i-CBTC) into the picture.

The modern communication-based system uses the telecommunications between the train and track equipment for traffic management and infrastructure control. It helps to track the precise position of a train, which is better than the traditional signaling systems. It results in more efficient and safer to manage railway traffic. Metros (and other railway systems) can improve headways while maintaining or even improving safety.

Due to the amalgamation of the latest tech, the i-CBTC is the choice of mass-transit railway operators across the globe, with over a hundred systems currently installed worldwide. In India also, the technology is finding applications in Metro railways.

With the increase in population across major cities/towns, the need for mass transit transport and signaling systems needs to evolve and adapt to safely meet this increase in demand and traffic capacity. As a result, i-CBTC is being widely adopted for its feature of moving blocks which allows a high frequency of trains. Being the latest technology in the field of Metro train signaling, the system promises efficient use of Metro infrastructure providing safe operations as well.