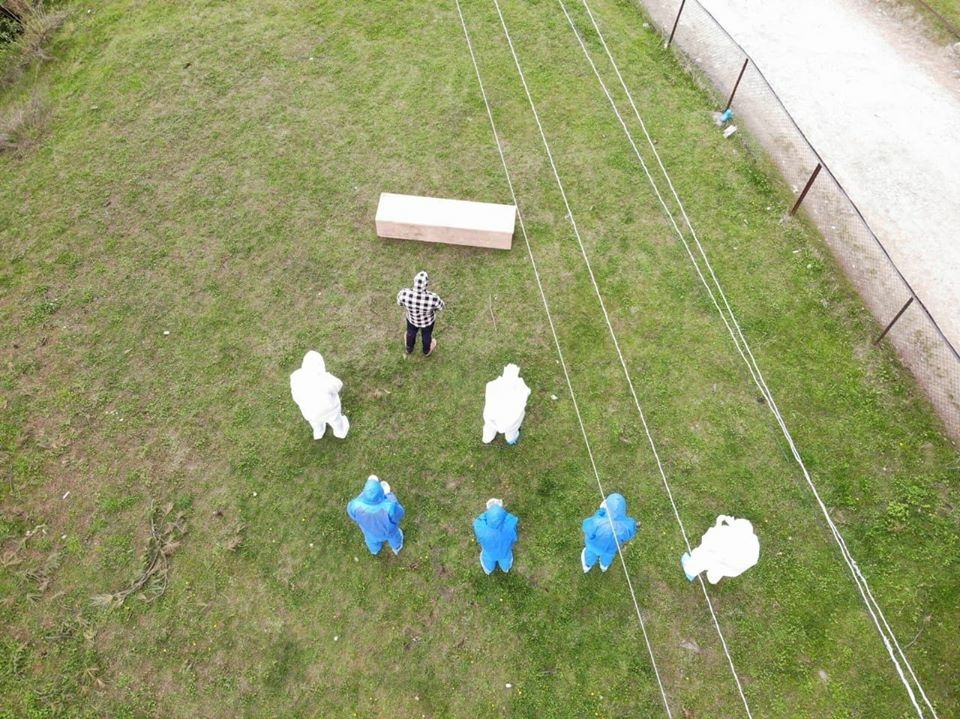 New Delhi:  Jamiat-Ulama-i-Hind Saturday approached the Supreme Court  against a plea seeking temporary ban on burial of the bodies of patients who had died of coronavirus.

On Friday, Pradeep Gandhy Mumbai resident had moved Supreme Court seeking a stay on burials being allowed in 3 cemeteries next to his residential area. He challenged the Bombay High Court’s interim order of April 27.

The HC had then refused any interim stay on the burial of the bodies of the COVID-19 patients at the cemeteries situated at Jamat Kabrastan in Bandra West.

Filing an application against the plea, Jamiat-Ulama-i-Hind said that banning burial of dead bodies who have been afflicted with the virus in cemetries goes against the tenets of Constitutional principles.

“Burial of dead bodies is essential to the religion of Islam as well as in other religions such as Christianity. Such a right forms part of the right to practice one’s religion under Article 25 of the Constitution of India,” said an application filed by advocate Ejaz Maqbool.

The guidelines, issued by the Union Ministry of Health and Family Welfare, and the WHO on management of dead bodies clearly stated that burial did not pose any additional risk of COVID, however, prescribed precautions to prevent the contact of any bodily fluid of the dead person with those who were handling the dead body.

Even the USA, the United Kingdom, Italy, Canada and the Middle Eastern nations are burying those who have died due to COVID-19 and no such increased risk of spread of the virus has been highlighted by these nations due to the act of burying the dead bodies, it said.

Gandhy feared that burial of COVID-19 patients would risk spreading of the virus in the neighbouring areas, where he resided.

In its plea, the group said the entire grievance of the petitioner was based on the apprehension. “Such a fear is completely unfounded and unsupported by advisories issued by the Union Government on March 15 as well as by the World Health Organization on March 24,” it pointed out.