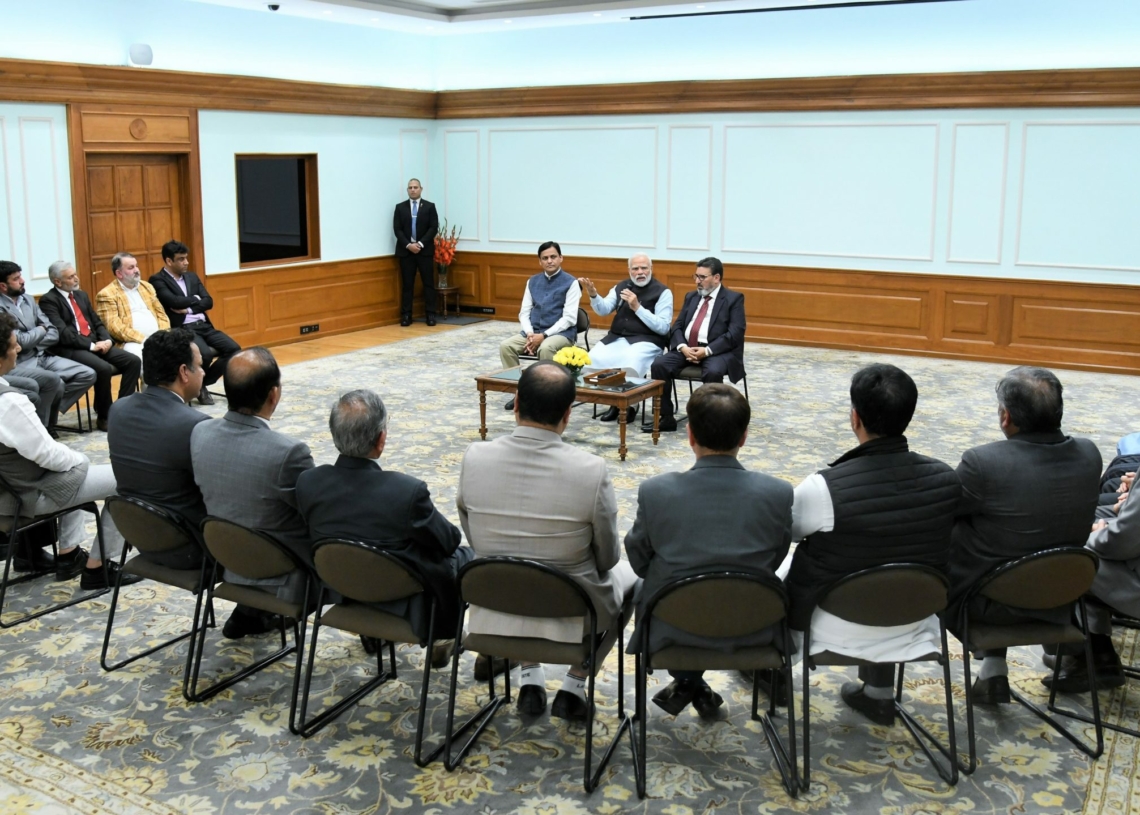 New Delhi, Mar 14: Prime Minister Narendra Modi on Saturday said his government will work with all sections of the population for the restoration of statehood to Jammu and Kashmir “at an early opportunity”.

A 24-member delegation of the newly formed Jammu and Kashmir Apni Party, led by its leader Altaf Bukhari, called on the Prime Minister at his residence Saturday evening and Modi engaged with them on various issues like concerns on demographic changes, the delimitation exercise, and grant of state domicile, officials said.
“Referring to his statement in Parliament, the Prime Minister underlined that the government will work with all sections of the population to realize the hopes of statehood for Jammu and Kashmir at an early opportunity,” an official statement said.

During an interactive session with the delegation, the Prime Minister also called for ‘Janbhagidari’ (people’s participation) in transforming Jammu and Kashmir and emphasized on the importance of an administration that gives voice to the people.
Modi also noted that democracy in the region could be strengthened through a fast-moving process of political integration, it said.