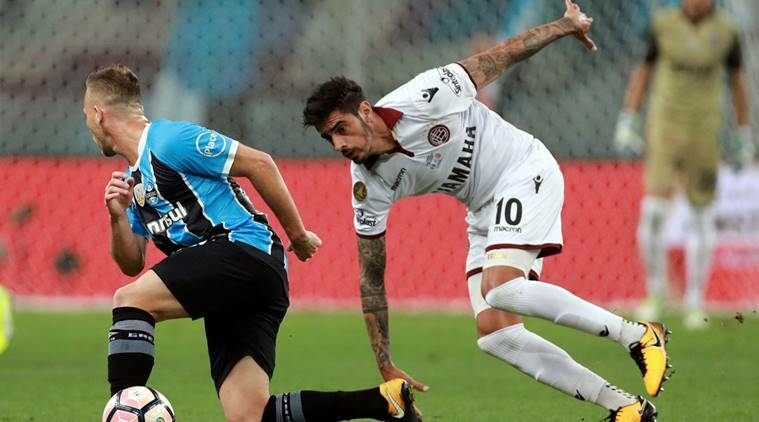 Barcelona: Barcelona have confirmed the signing of Brazilian midfielder Arthur Melo from Gremio on a six-year deal after an agreement by the clubs in March, the Spanish champions said on Monday.
The La Liga club said in a statement on their website that the transfer fee for the 21-year-old, who joins immediately, was 31 million euros ($36.4 million) with 9 million in “variables”.
“The player will sign a contract with the club for the following six seasons, until the end of the 2023/24 campaign,” it said. Barca also said Arthur’s buyout clause was to be set at a staggering 400 million euros, a move to prevent a potential repeat of the circumstances in which Paris St Germain signed Neymar from the Catalans by paying his 222 million-euro release clause in July, 2017.
Arthur helped Gremio win the Copa Libertadores last year and has been signed to help fill the void in midfield vacated by Barca great Andres Iniesta and Brazil’s Paulinho. Iniesta ended a 16-year, trophy-filled period at the club in May to sign for Japanese side Vissel Kobe, while Paulinho is returning to Chinese club Guangzhou Evergrande on loan.
Arthur’s transfer is also thought to have been brought forward due to midfielder Carles Alena suffering a serious knee injury in the Barca reserve side’s final game of the season.