Ashraf Ghani fled to save his life: Former Afghan NSA 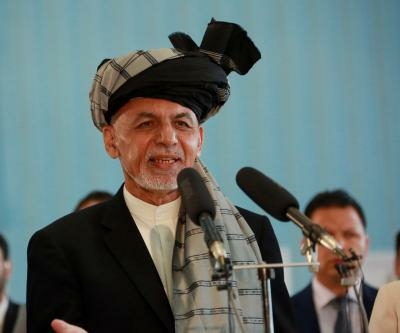 Former Afghan National Security Adviser Hamdullah Mohib has said ex-President Ashraf Ghani fled the country to save his life and rescue himself from being hanged, Tolo News reported.

He made the remarks in an interview with Radio Liberty.

According to Mohib, the fall of the Afghan republic started after the US and the Taliban signed an agreement on February 29, 2020.

He said that Ghani’s fleeing was unexpected and that a delegation was set to visit Doha on the same day to reach an agreement with the Taliban over a transition of power, the report said.

“We were preparing to travel to Doha to negotiate with the Taliban about convening a Loya Jirga (National Assembly) and about a transition of power,” Mohib said.

Mohib said that he was living in the US but the ex-President was still in the UAE. He indicated that Ghani will give his account at some point of time.

On August 15, Kabul fell to the forces of the Islamic Emirate.