Army Officer dies while trying to save his dog from fire 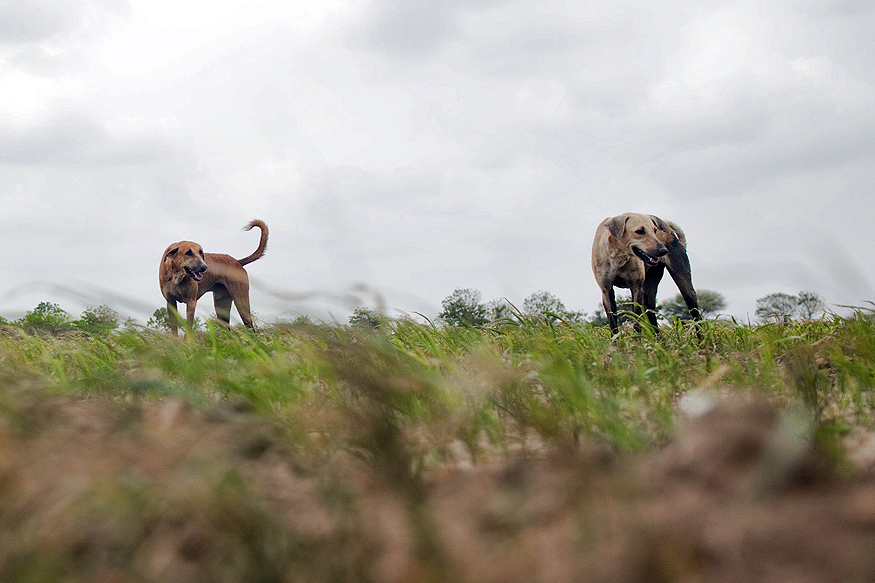 Dogs stray amid damaged crops due to lack of water at a dried agricultural farmland on the outskirts of Sami town in the western Indian state of Gujarat August 5, 2012. Armed with the latest monsoon rainfall data, weather experts finally conceded this month that India is facing a drought, confirming what millions of livestock farmers around the country had known for weeks. Picture taken August 5, 2012. To match feature INDIA-DROUGHT/ REUTERS/Ahmad Masood (INDIA - Tags: ENVIRONMENT AGRICULTURE BUSINESS) - GM2E88D0H8601

Srinagar: An Army officer died while trying to save his dog during a fire incident in the Gulmarg area of Baramulla district of Jammu and Kashmir, police said on Sunday.

A fire had broken out in an officers’ hut Saturday night and Major Ankit Budhraja of Corps Signals, attached with SSTC Gulmarg, rescued his wife and one of his dogs. However, while rescuing another dog, the major received burn injuries up to 90 per cent and died on the spot, a police official said.

The fire was brought under control by firefighters with the assistance of local police.

The body of the Army officer has been shifted to sub-district hospital Tangmarg for further medico-legal formalities.