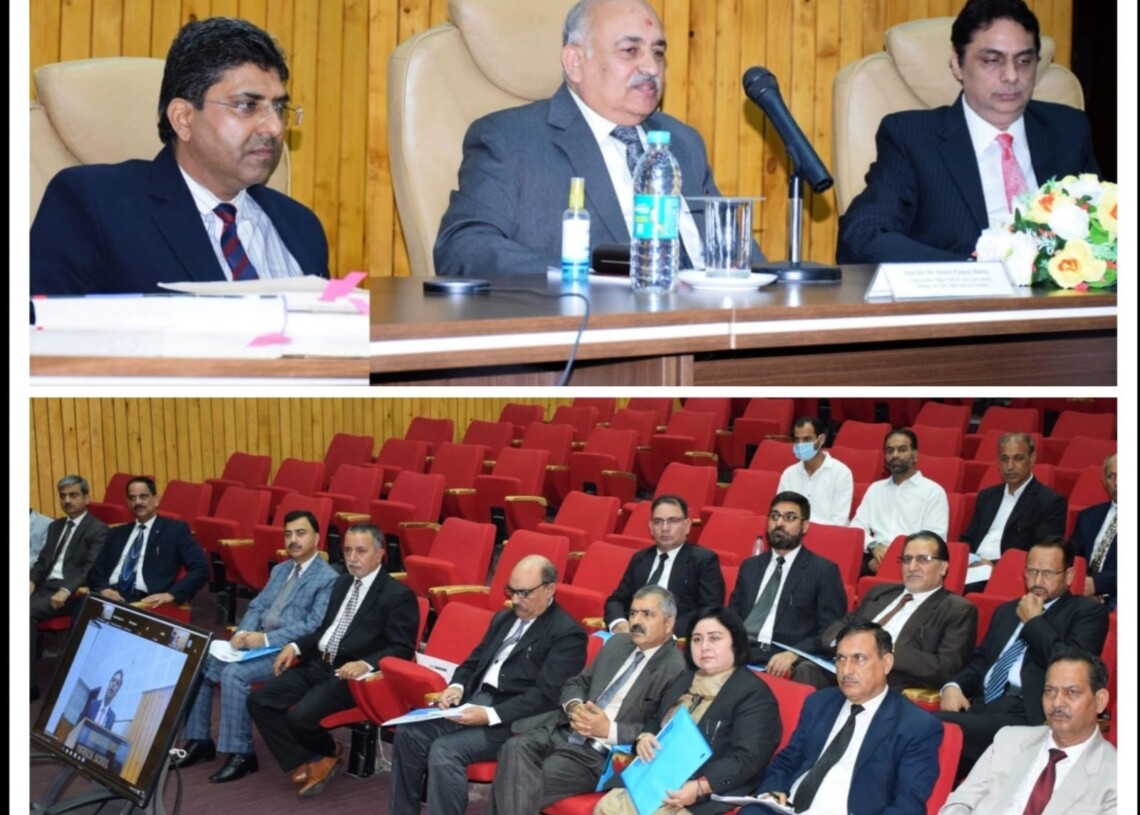 The training program was held both in physical as well as virtual mode.

The training program was inaugurated by Justice Pankaj Mithal, Chief Justice, High Court of Jammu & Kashmir and Ladakh in presence of Justice Sindhu Sharma who had joined the inaugural session of the program through virtual mode, from Jammu.

In his inaugural address, Justice Pankaj Mithal described Arbitration as an extremely powerful medium of dispute resolution which should be simple, clear, and more responsive to the requirements of the situation.

Chief Justice, while emphasizing the importance of the inclusion of an arbitration clause in all agreements and deeds executed between the parties, stressed the necessity of developing the arbitration law in India capable of catering to the specific requirements of dispute resolution in the Indian context instead of adopting a foreign model. He stated that it is necessary to evaluate the effectiveness of the present law and its usefulness, particularly in small business ventures to realize the objective of dispute resolution through the mode of arbitration.

Director, J&K Judicial Academy, Shahzad Azeem while welcoming the participants, gave an overview of the program. He stated that arbitration is a healer of conflicts and is a trusted mechanism for attaining justice and establishing peace. He also stated that arbitration has been a practiced concept of non-judicial dispute resolution much before any codified law and is a credible resort for peaceful dispute resolution which must be simple, technical, and more responsive to the realities of the situation.

In the first technical session, the resource person deliberated upon the objectives and basic provisions of the Arbitration and Conciliation Act and the scope of injunctions and relief u/s 9 of the Act. He referred to the Arbitration agreement in the light of the legal provisions and discussed the scope of reference to arbitration.
The resource person also deliberated on the application and effect of legal proceedings on Arbitration.

In the second technical session, the Challenge to award u/s 34 and the scope of Court interference in arbitral awards were discussed in detail along with the Execution Proceedings, as provided under the law. The resource person also covered the concepts of expeditious disposal of matters relating to Arbitration proceedings and the problems, issues, and redress of the issues confronting arbitration proceedings as are arising under the Act.

The technical sessions were followed by an interactive session during which the source person satisfactorily settled the queries of the participants.