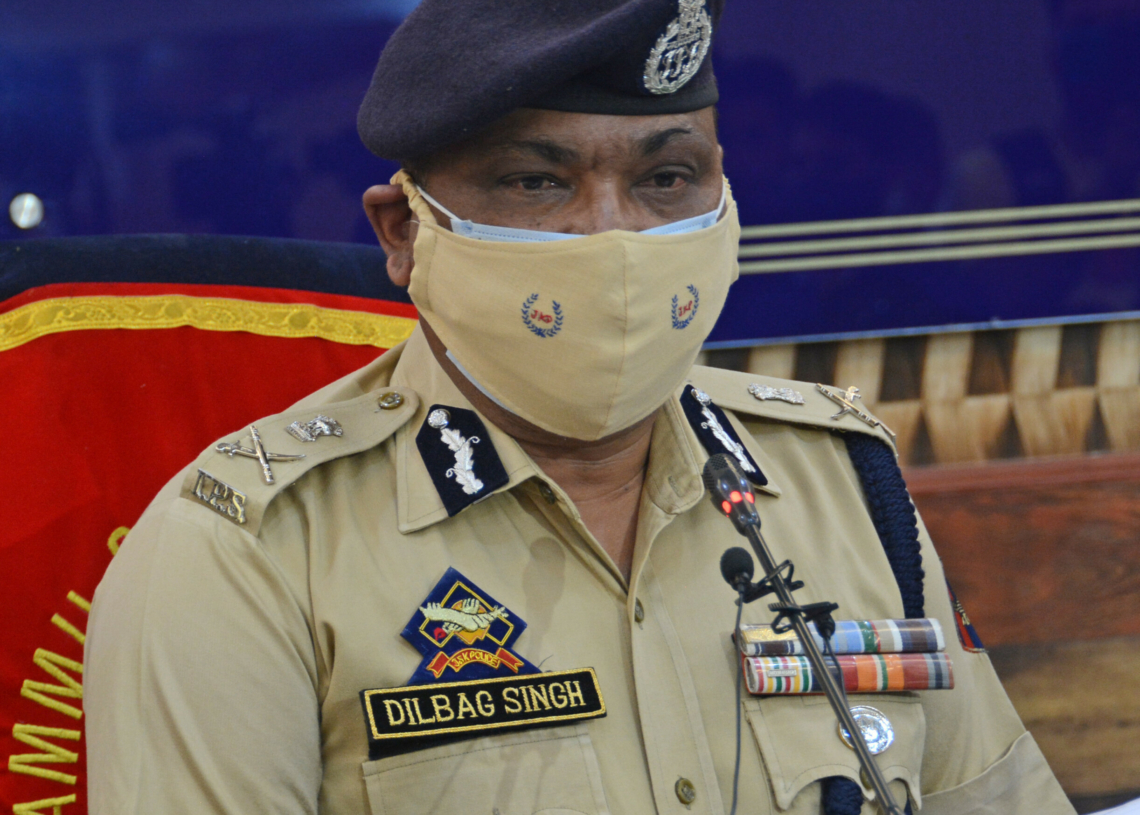 Srinagar: Jammu and Kashmir’s Director General of Police (DGP) Dilbagh Singh Monday said only two foreign militants have been killed in Kashmir in 2021 so far and a good number of foreign militants are still present in the Valley but they are “lying low.”

Addressing a press conference at PCR Srinagar, DGP Singh said that this year only two foreign militants have been killed in Kashmir and both were killed in Sopore area of north Kashmir’s Baramulla district including one today.

“Both the slain foreigners were from Lashkar-e-Toiba. There is a good number of foreign militants present in Kashmir still but they are lying low. So it would be wrong to claim that Kashmir is free from foreign militants,” the DGP said.

About infiltration, he said that the fresh ceasefire pact between India and Pakistan armies in February this year has helped check infiltration to a large extent. “We welcome that,” he said.

On whether there was any militant active in Srinagar, he said that there are a few operating in the city outskirts.

“We have seen one or two incidents in Srinagar. We can’t filter 100 percent movement of militants but in near future, we will launch good operations in Srinagar city as well,” he said.

“On the LoC and IB in Jammu, there was infiltration of narcotics and weapons through drones which has stopped for now,” he said.

To a query whether police was prepared for the Amarnath Yatra, the DGP said: “We are fully prepared but the final call on whether to allow the Yatra lies with the Shrine Board.”

The J&K police chief also clarified that there was no politician in police custody in Kashmir. (KNO)