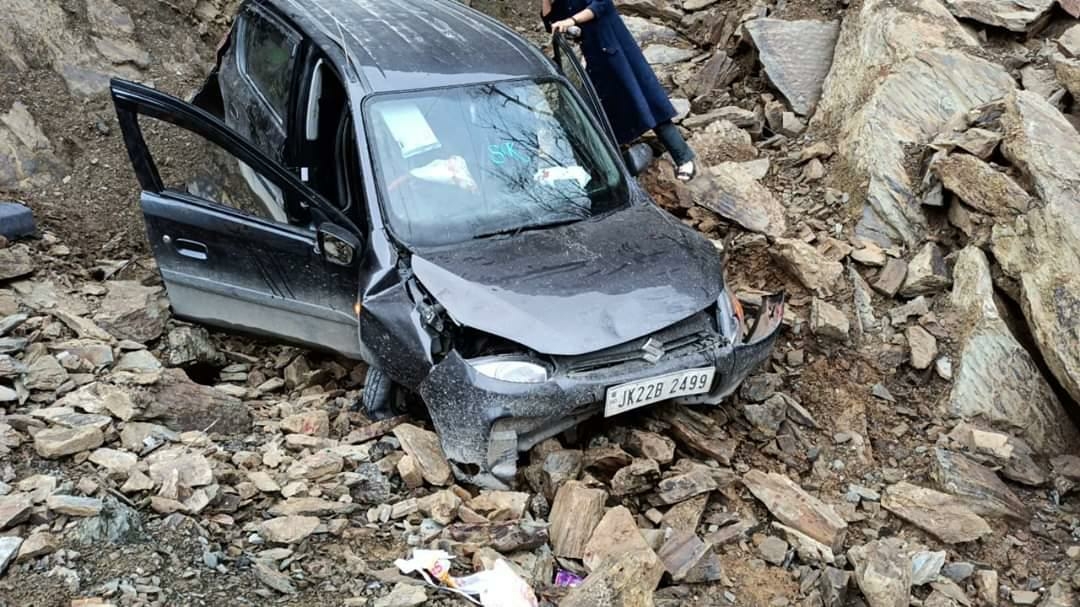 Banihal, Mar 23 : Four people were injured on Monday after a car fell into a deep gorge in mountainous district Banihal.

The accident took place on the Jammu-Srinagar National Highway near Shabanbas when the victim’s were going from Jammu to Srinagar on his vehicle Alto800 bearing registration number (JK22B-2499).

They were admitted to the Sub-Divisional Hospital in Banihal, the officer said.