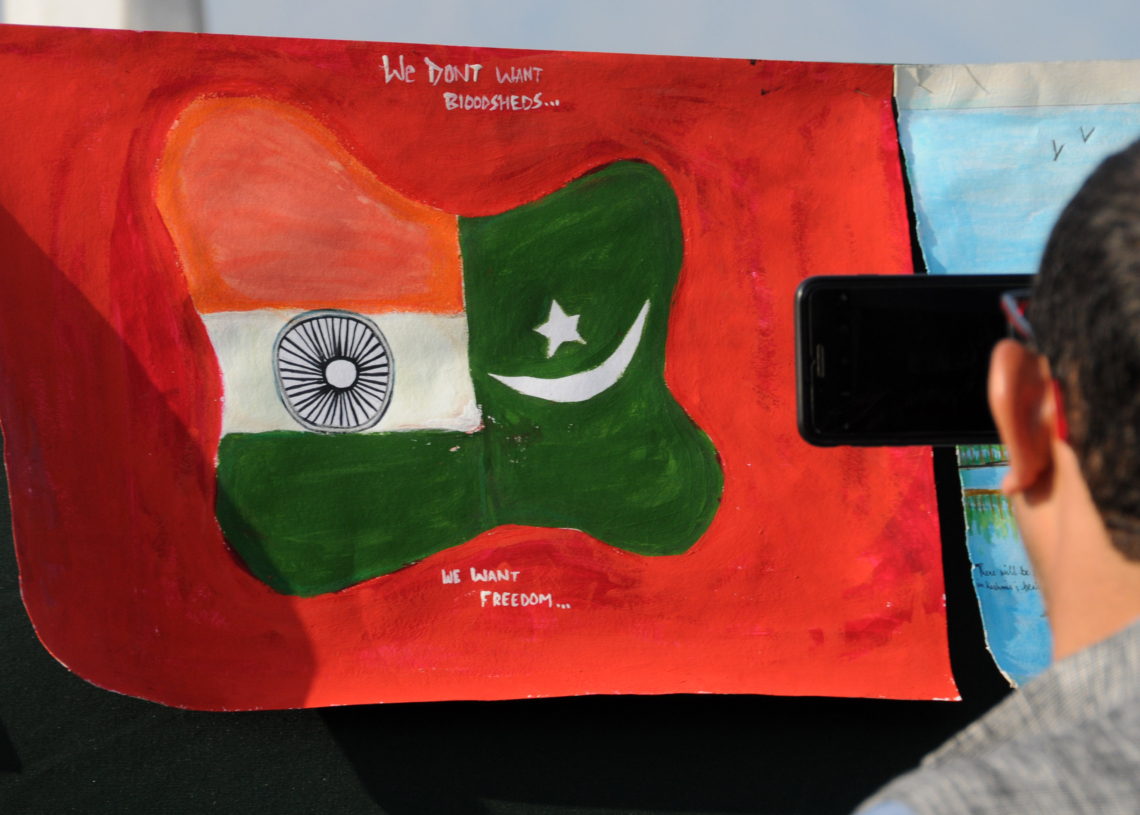 Srinagar, Sep 29: “We don’t want bloodsheds. We want freedom, My aim is to see Kashmir without bloodsheds, stone pelting,” and other similar interesting titles given to many semi-abstract paintings caught the attention of visitors of the day-long Chinar youth festival that was held on Saturday at Sher-i-Kashmir International Conference Centre (SKICC) here.

The Youth Festival, organised by the Army, was conducted with an aim to inculcate the spirit of creativity amongst the youth, information on various careers, encourage participation in sports and promote peace.

A large number of events like solo and group singing, band display, painting and calligraphy were organised during the youth festival.

However, the water colour paintings displayed at the painting attracted a lot of attention from the visitors.

In one of the paintings, a chinar leaf smeared with blood droplets is displayed with Kashmir, stone pelting written on it.

“I was overwhelmed after looking at the paintings. It shouldn’t come as a surprise to the Army as it depicts the real sentiments of our future generations,” said a visitor wishing anonymity.

Another female visitor, who didn’t wish to be named, said, “Art has given them the freedom to tell stories of their land. It sends a clear message on how the young minds are being are being shaped by the unending bloodshed.”

Meanwhile, Coordinating officer of the festival, Major PiyushKaushal, said the event was organized to catch the young talent.

“We got an overwhelming response and the participation was huge. Around 1,000 students from various schools participated in the event,” Sharma said.

Commenting on the paintings displayed at the event, Sharma said, “Art is a way to display all kinds of feelings and moods. They can be good and bad as well.”

While, the Cultural/Musical show by held by renowned and accomplished Bollywood singer Javed Ali.  Noted film and television personalities like GurmeetChoudhary, Debina  Bonnerjee and Tina Dutta were also present on the occasion.