Winter storm: 17 dead, over a million without power as US freezes 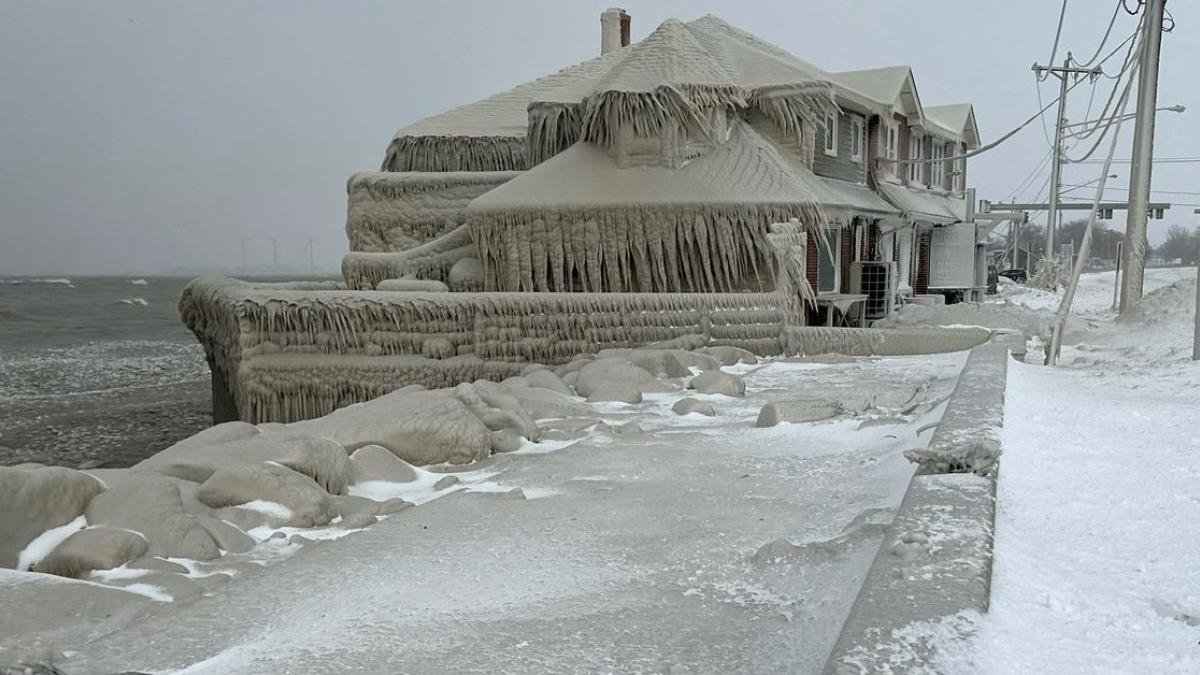 A fearsome winter storm that pummelled the United States with blinding snow and powerful Arctic winds left over a million customers without power Saturday as thousands of cancelled flights stranded travellers making last-minute dashes for Christmas.

At least 17 weather-related deaths have been confirmed across eight states as heavy snow, howling winds and dangerously frigid temperatures kept much of the nation, including the normally temperate south, in a frozen grip for a third straight day.

The “bomb cyclone” winter storm, one of the fiercest in decades, had already forced the cancellation of 2,300 US flights on Saturday and the delay of 5,300 more, a day after nearly 6,000 were scrapped, according to tracking website Flightaware.com.

Transportation Secretary Pete Buttigieg tweeted Saturday that “the most extreme disruptions are behind us as airline and airport operations gradually recover” – words that travellers stranded at airports including Atlanta, Chicago, Denver, Detroit and New York were holding on to.

New York City resident Zack Cuyler, whose flight home to Houston on December 22 has been postponed then cancelled twice this week already, was “pretty steamed” about the chaos.

The 35-year-old now hopes to reach his loved ones by December 25. “I’m just glad I’ll get to see my family for Christmas,” he told AFP.

“There are still likely hundreds of people still stuck in vehicles,” Erie County Executive Mark Poloncarz said early Saturday, adding that the National Guard was being sent “right into the city of Buffalo for these life-threatening rescues.”

Road ice and white-out conditions also led to the closure of some of the nation’s busiest transport routes, including the cross-country Interstate 70, parts of which were temporarily shut down in Colorado and Kansas.

On Friday, it said wind chills had sent temperatures plunging to -55 Fahrenheit (-48 Celsius).

The biting cold is an immediate concern for the roughly one million electricity customers who were still without power as of 1830 GMT Saturday, according to tracker poweroutage.us.

Some cities, including in the state of North Carolina, began implementing rolling blackouts due to high power demand, in some cases leaving people unable to safely heat their homes.
In El Paso, Texas, desperate migrants who had crossed from Mexico huddled for warmth in churches, schools and a civic centre, Rosa Falcon, a school teacher and volunteer told AFP.

But some still chose to stay outside in frigid temperatures because they feared attention from immigration authorities, she added.

In Chicago, Burke Patten of Night Ministry, a nonprofit dedicated to helping the homeless, said: “We’ve been handing out cold weather gear, including coats, hats, gloves, thermal underwear, blankets and sleeping bags, along with hand and foot warmers.”

The National Weather Service forecast that dangerously cold conditions would continue throughout the central and eastern United States over the weekend before temperatures returned to more normal seasonal weather next week.

Drivers were being warned not to take to the roads – even as the nation reached what is usually its busiest time of year for travel.

By Friday afternoon, the storm had acquired the status of “bomb cyclone” after air pressure dropped precipitously over 24 hours.

Bomb cyclones produce heavy rain or snow. They can also cause flooding at coasts, and generate hurricane-force wind.

Meteorologist Kelsey McEwen in Toronto tweeted that waves of up to 26 feet (eight meters) were reported in Lake Erie, while in Ohio’s Fairport Harbor, winds gusted to 74 miles (120 kilometres) per hour, the NWS tweeted.