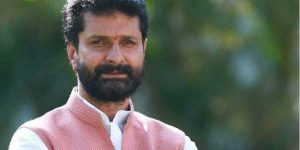 Bengaluru: Weeks after the Centre scrapped special status to Jammu and Kashmir under Article 370, the Karnataka government on Tuesday said it plans to build a hotel and tourism centre there.

Karnataka would seek land from the J and K government for this purpose, Minister of Tourism C T Ravi said.

“Our plan is to open one KSTDC (Karnataka State Tourism Development Corporation) hotel…We will try to get the land first. Then, we also want to open our tourism centre there… We hope it will result in a win-win situation for both states, and boost tourism,” Ravi told PTI.

He said the matter would be discussed with the Karnataka cabinet before sending a proposal in this regard to the J and K government.

“As it is something that has to be done in another state, it will have to be decided in the cabinet before going ahead,” he added.

The state government’s move comes after the Centre scrapped special status to Jammu and Kashmir under Article 370 of the Constitution. With the revocation of these provisions, the bar on outsiders from buying land in Jammu and Kashmir, a major tourist destination, has been lifted.

With effect from October 31, Jammu and Kashmir would be bifurcated into two Union Territories- Jammu and Kashmir, and Ladakh, as a bill in this regard was passed by Parliament and given Presidential assent.

Ravi in a tweet said, While we are focused on improving the tourism industry in Karnataka, we are also contemplating about making an entry into Jammu & Kashmir tourism. Karnataka’s art, architecture, culture & traditions can be showcased in India’s crown, resulting in a win-win situation for both States.

Earlier in the day, Maharashtra government too said it plans to build two tourist resorts in Jammu and Kashmir, and Ladakh