Watch: Woman pulls child away from imminent death, England pacer calls her ‘mother of the year’ 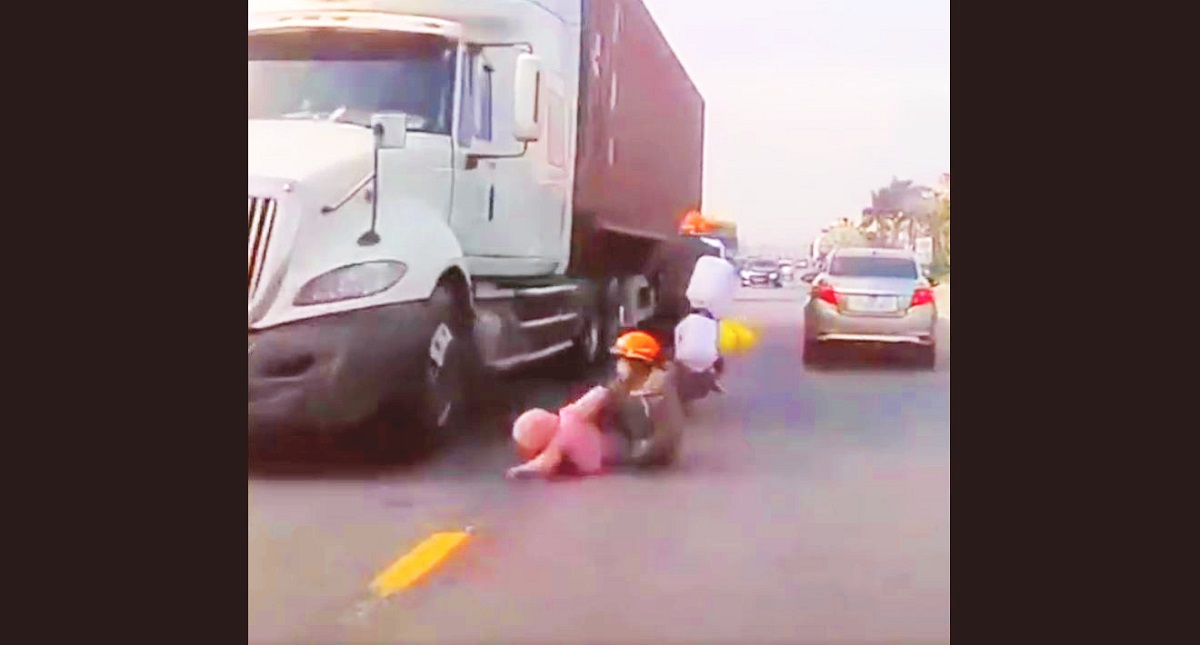 A mother is the most precious individual in any person’s life. She is embodiment of self sacrifice, love and care. And she is ready to do everything to make her child feel safe and secure even to the extent of risking her own life.

A video proving the same has emerged on social media with England Cricket team’s star pacer Joffery Archer reacting to it as well.

The video is of a motorbike accident of 2019 in which a woman and her child were riding with another man when they were hit by a car making the bike rider lose his balance and almost getting run over by a incoming trolley truck.

In the video, the woman and the child is seen falling off the bike and almost coming under the huge tyres of the speeding truck. In a daunting effort, the mother, as she rolls on the road herself, could be seen grabbing the child and pulling it away from the tyres thus saving her and the child’s life.

After a few seconds, the motorbike rider with whom she was travelling stopped to check on her. Thankfully, all were safe, tricking death by a whisker. The car, which hit them while overtaking them didn’t stop and kept on moving. Meanwhile, England pacer Jofra Archer, who saw the video on Twitter, reacted to it and commented ‘Mother of the year’.