Watch: Man gets pair of Nike tattooed on his feet to satiate his shoe mania 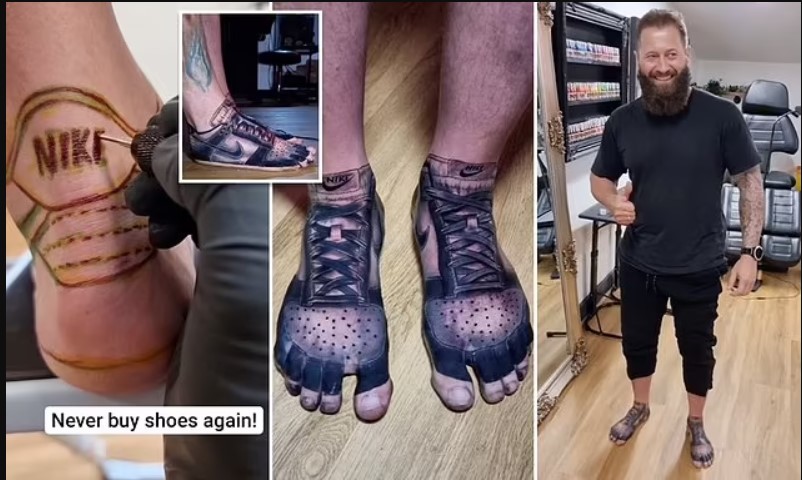 A man crazy about the expensive designer shoes got his favorite pair of Nike inked on his feet to satiate his mania.

“He was tired of paying for shoes every few months, so he got his favorite @nike shoes tattooed on for life!” tattoo artist Dean Gunther wrote on Instagram.

The art took two hours to draw and eight hours to get tattooed on both feet. The video has garnered close to one lakh views and 972 likes.

The post has evoked a lot of mixed reactions from his followers.

One follower commented, “Your tattoos are awesome but these are cursed” followed by a laughing smiley.

While another commented, “You made it on suckytattoos

Dean Gunther is a South African who moved to the USA five years ago and set up his own studio in Greater Manchester called the DG Tattoo Art.

This is not the first time Gunther has come into the limelight. He is known for his crazy tattoo ideas. Last month he inked a “six-pack” on a client’s chest and it looks way too…ok we will let you decide.