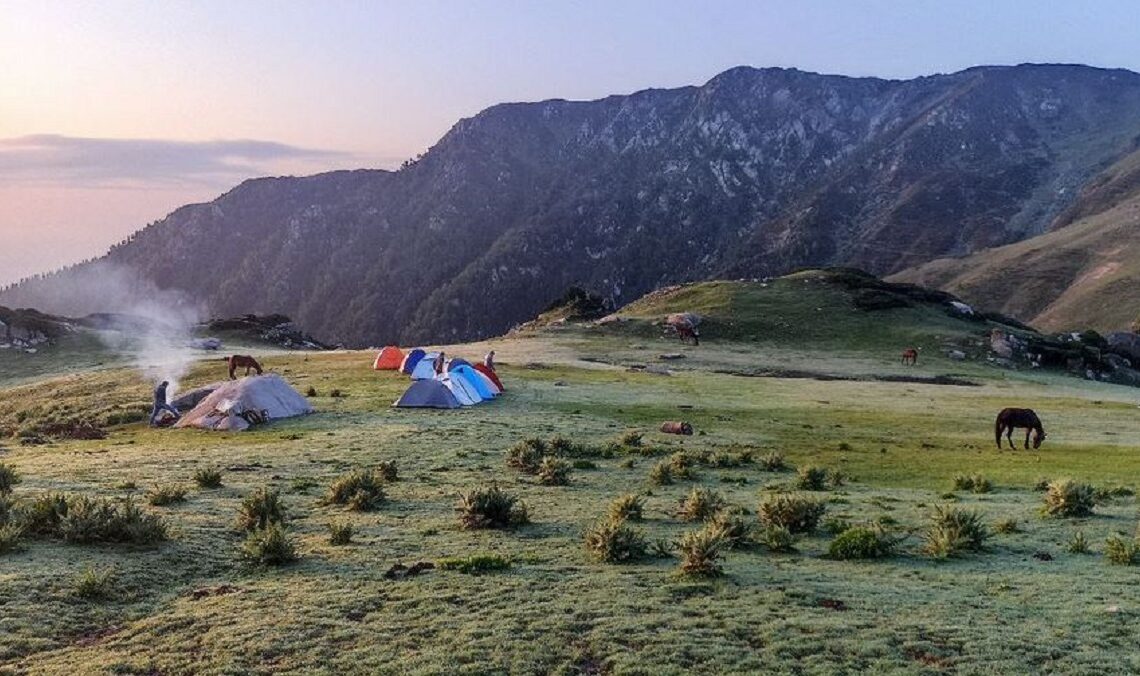 Lakhs of tourists visiting Jammu and Kashmir during the past three years have infused new life into the tourism industry in the Himalayan region. Hotels from zero-occupancy are witnessing full occupancy and the government is encouraging home stays to accommodate the huge influx of tourists.

Despite the outbreak of Covid-19 pandemic, Kashmir received 41,267 tourists in 2020. As the virus lost its sting, the number of tourists visiting Kashmir increased manifold. In October and November, 2021, 2 lakh24000 tourists arrived in Kashmir which was the highest in the last seven years. Vigorous tourism promotions and iconic festivals created the buzz that resulted in a record footfall. And since then there has been no looking back.

Recently, Union Minister for Tourism, G.K. Reddy informed Parliament that 1.05 crore tourists have visited Jammu and Kashmir from January to June this year.

Most of the tourist places like Gulmarg Pahalgam and Sonamarg ran out of hotel rooms to accommodate the rush of tourists. Hotel owners, who used to run in losses and had almost given up hope, have got a new lease of life. Tourists arriving in droves have lifted their spirits.

The Tourism Department in Jammu and Kashmir during the past few months has taken new initiatives to accommodate the tourists. The home stays and tented accommodations are being set up at major tourist spots. Adventure activities, new trekking routes, and border tourism are the new focus areas.

According to the officials as on date around 800 home-stays are registered with the Tourism Department, the government has set the target of enhancing the capacities of home-stays to 25,000 beds by the end of this year.

Since home-stays and tented accommodations are becoming popular among the domestic and foreign tourists as well as backpackers, the government is making efforts to promote tent stay at scenic locations that would prove to be a boon for the tourism sector. Till now, the Tourism Department has identified around 30 locations to set up the tented colonies.

Seventy-five offbeat tourist destinations have been identified and these are being developed with proper infrastructure and requisite facilities for the visitors. The public conveniences, utilities, parking facilities, sanitation facilities, cleanliness, signage and toilet units are coming up at the prominent places.

Proposals to develop five tourist destinations, three in Jammu and two in Kashmir Division viz:- Wular Lake and adjoining areas, Tosamaidan-Doodhpathri, Surinsar-Mansar, Basohli-Sarthal and Bhaderwah have been sent to the Government of India.

Srinagar Airport has become one of the busiest places in Kashmir. In March this year the airport handled 90 flights with 15,014 passengers in a single day. The infrastructure has been upgraded at the airport to facilitate the passengers. Several help desks have been placed to ensure that travelers don’t face any problems.

According to the new schedule airlines have been permitted to operate 55 flights daily. State-of-the-art landing and navigation facilities have been put in place.

The Airports Authority of India is all set to invest about Rs 1,500 crore for the construction of a new terminal building and six more aircraft parking stands to ensure a delightful travel experience. The existing size of 16,000 sq meters of Srinagar airport is all set to increase to 64,000 sq meters four times bigger than the existing terminal building. The capacity of 950 passengers per hour will be increased upto 3,000 passengers. The Srinagar airport is aiming to handle 65 lakh passengers from the existing 25 lakh in a year.

The Jammu-Srinagar National Highway is set to become an express highway. The work on the last phase of highway between Banihal to Ramban is going on at a fast pace and once it’s completed the 260-km highway will become four lane. The train to Kashmir is not that far away. The first train between Kashmir to Kanyakumari is all set to chug by 2024.

Jammu and Kashmir during the past two years and has become the tourism capital of India. Revival of the tourism industry has once again brought smiles on the faces of a common man, who during the past 32-years has been facing the onslaught sponsored by Pakistan. But things have changed during the past three years and people are reaping the dividends of a bold decision taken by the regime led by Prime Minister Narendra Modi. Jammu and Kashmir has been integrated completely with the Union of India and every Kashmiri is being treated at par with other citizens of the country.

Tags: tourists in Kashmir
No Result
View All Result