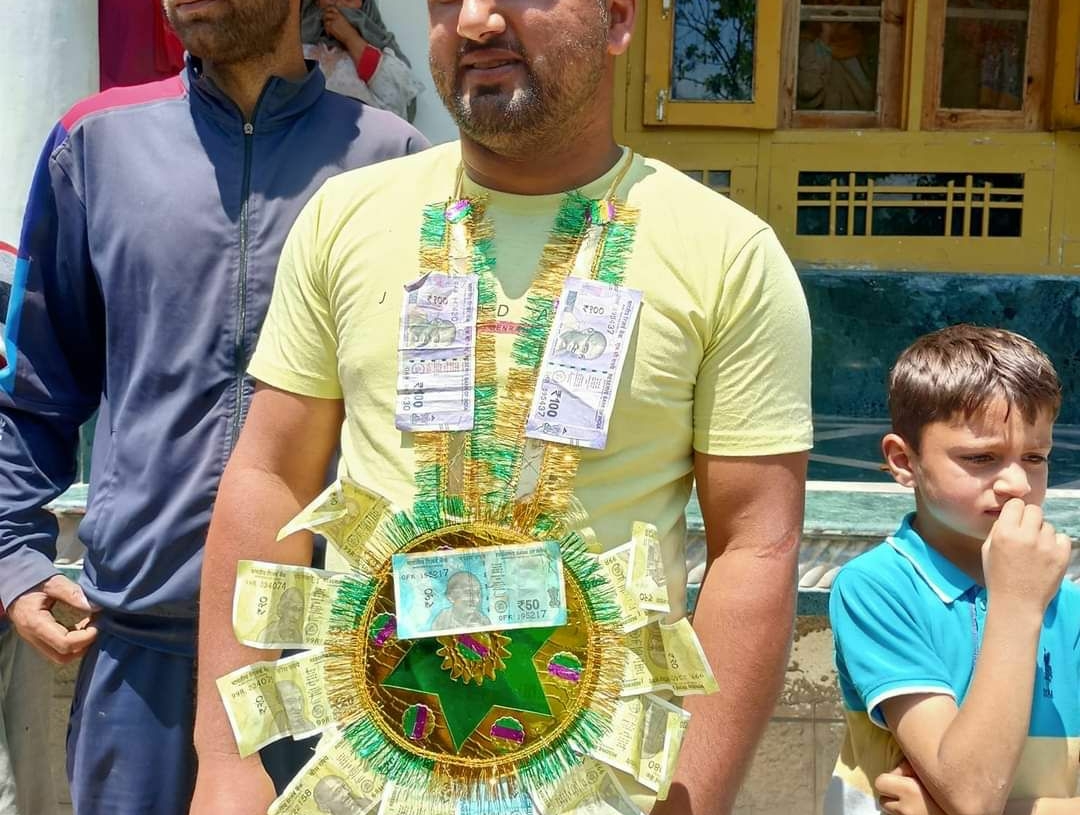 Waseem Raja from Shalgam Bijbehara said that he was deep asleep on Saturday late night, when some friends called him and informed him that he is placed at first number in Dream 11 following which he realised that he has won around Rs 2 crore.

As the news broke out , people started congratulating him and his family. ” I have been trying my luck since last two years by creating fantasy teams in IPL,” he said.

“Becoming a millionaire overnight is like a dream. This will help us to overcome poverty as we belong to financially week section,” he said. My mother, he said is ailing. “Now I will able to treat her.”

Videos went viral on social media in which people can be seen congratulating Waseem Raja.
There is a wave of happiness in Raja’s village with the news of him becoming the winner in Dream XI.

In April 2019, Dream 11 became the first Indian gaming company to become a unicorn—(KNO)