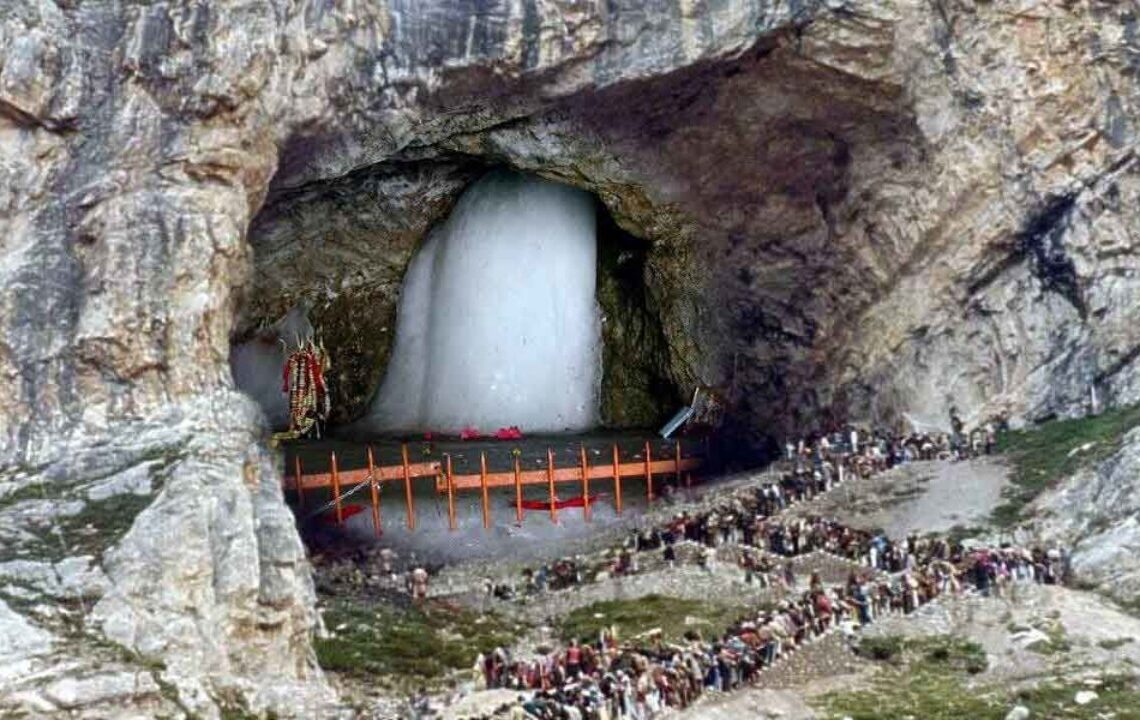 Srinagar: Over 2.29 lakh devotees have performed the ongoing Amarnath Yatra since it started on June 30. However, the authorities on Friday stopped another batch of pilgrims in Jammu due to the blockade of the Jammu-Srinagar highway.

Officials said that due to incessant rain along the over 300 km long Jammu-Srinagar highway, shooting stones and landslides have occurred on parts of the highway.

On Thursday, 10,310 pilgrims paid obeisance at the cave shrine situated 3,888 meters above sea level in the Himalayas.

Those using the traditional Pahalgam route have to trek 48 km for 4 days to reach the cave shrine.

Helicopter services are available on both routes for the pilgrims.

MeT department has forecast cloudy weather with the possibility of light to moderate rain on Friday along both routes.

Pilgrims and Yatra managers have been advised to be cautious of flash floods, landslides, etc along the twin routes to the cave shrine.

Amarnath Yatra 2022 will end on August 11 on Shravan Purnima coinciding with the Raksha Bandhan festival.