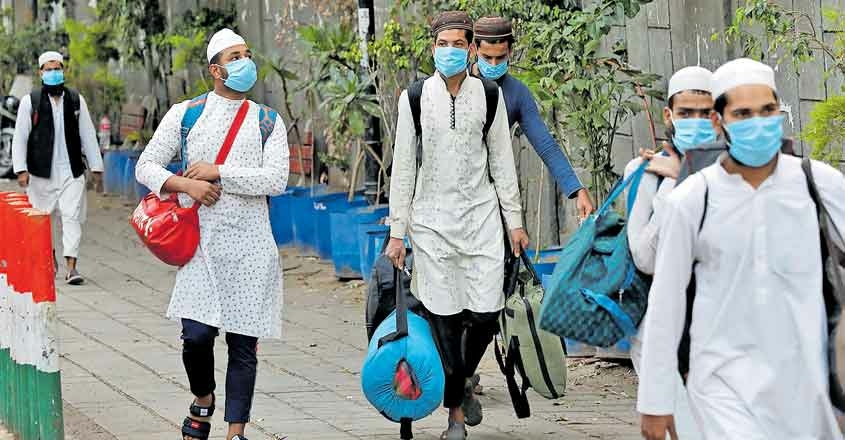 Recently most of the newspapers and news channels in English, Hindi and Urdu in India carried a news story stating that the Saudi Arab has banned the Indian organisation Tablighi Jamaat from functioning in Saudi and carrying out its activities in the Kingdom.

The manner in which the story was reported mostly, based on a series of tweets from the official Twitter handle of the Saudi Minister of Islamic Affairs, Dawah, and Guidance Sheikh Abdul Latif bin Abdulaziz Al Ash-Shaikh, made it look like that the Indian Tablighi Jamaat has been banned by the Saudi government from carrying out its Tabligh and Dawah activities.

Before reaching any conclusion, we need to verify some facts related to the tweets by the Minister.

Firstly, though in most of the countries it has become a normal trend to announce the official policies or stand through the social media, in Saudia an edict or a rule becomes a law only when issued through a Royal Decree. Though the targeted audience may act on the guidance given on social media yet it is not a law in the larger sense.

Thirdly, the tweets ask the Imams to follow four points while denouncing the Tabligh and Dawah activities by any group, referred to as Al Ahbab in the tweets.

In reality, Al Ahbab is a Nigerian terrorist group and Al Ahbab in Arabic means a group of friends, persons known to each other or your near and dear ones.

Fourthly, in Saudi Arabia, no political or religious organisation is allowed to function without state patronage or recognition or registration. So one wonders how an organisation, which is not even present in the country, could be banned.

Fifthly, the tweets have been translated using Google Translation, which sometimes leaves scope for non-clarity or ambiguity while translating.

Sixth, one needs to understand that the Tabligh activities are focussed towards Muslim audience and the Dawah activities are focussed on non-Muslims, or in other words, they are like missionary activities, which are controlled by the Saudi government through the Dawah Centres called Markaz-e Dawah WalIrshad are managed by the Ministry of Islamic Affairs and are usually engaged in publishing and disseminating literature, not through any public engagement. And the Tablighi Jamaat is never engaged in any Dawah or missionary activity. Also in a Muslim country there is no need of Dawah work, so the word in the tweet has been used superfluously.

Moreover, we also need to understand the phase through which Saudi Arabia is currently passing. The Crown Prince Mohammad bin Salman (MBS) handles the majority of state functions, but important portfolios are still handled by the Saudi King Shah Salman.

In addition, MBS is being credited with ushering a “reform phase” in Saudi society and politics and giving up age-old religious and societal customs and laws. As such, theatres have been opened up in various Saudi cities, women have been allowed to drive cars, women can visit markets or shopping malls without any male chaperon, they have been allowed not to wear Hijab or Abaya in places or to cover their faces, even they can perform Umrah and Hajj, the two most significant Islamic practices without any male accompanying them.

These “reforms” initiated by MBS have alienated a large percentage of the Saudi population, which still wants to carry forward with the age-old Islamic and societal traditions. But even the MBS is against the fanatical groups operating in the country. So these tweets might have been an endeavour by the minister to make him seen as one nearer to the King and MBS, both.

In addition the words ‘open the gates of terrorism’ have been used to make the recommendation carry weight and also address the issue which the Saudi government faces in provinces nearer to other countries.

So one can surmise that the Indian Tablighi Jamaat has not been mentioned in the tweets and the Indian media should have acted more responsibly by fact-checking the contents of the tweets, which it started reporting on after five days on December 11.

Last week only some Urdu newspapers also carried out a story that the Saudi government has recently banned some books by Hassan al Banna, Yusuf Qardawi and Maulana Maudoodi. This story is completely false and the fact is that the Saudi government had banned these books in 1990. Even countries like the UAE had banned books by these and other authors in 2011, when the Morsi-led Muslim Brotherhood had taken over power in Egypt.

The fact is that most of the Islamic states are afraid of the Muslim Brotherhood and Hamas and the tweet while not mentioning the Muslim Brotherhood might have been targeted towards it as its propaganda is also conveyed through groups of Ahbab. Most of my journalist friends working in Saudi or other middle eastern countries, and I too fully concur with it, that it might be the case and the Indian Tablighi Jamaat has been maligned for none of its faults.

Thus, it would be better if the Indian media takes a more responsible approach towards sensitive issues, which might create unwanted controversies and an atmosphere of hate in the country.

(Asad Mirza is a political commentator based in New Delhi. He is a regular columnist for The Kashmir Monitor. Views expressed are his personal)