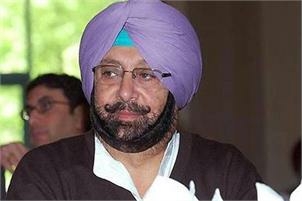 “As is evident from the fact that investment of over Rs 10,000 crore has been secured in the past 19 months, since the government took over in March 2017,” he added.

The industrial growth in the state is evident from the significant nine per cent increase in industrial consumption of power in 2017-18 over 2016-17, he further said.

As many as 60 new units had been started in Mandi Gobindgarh, in addition to revival of old units, in this period, he added.

Pointing out that the portal would provide an independent interface to investors for their industrial grievance redressal, feedback and suggestions, Amarinder said the facility would also help bring fiscal incentives to investors under the Industrial and Development Policy-2017.

Stating that the portal would give further impetus to ease of doing business in the state, the CM said it would also be instrumental in creating job opportunities through the establishment of new industrial ventures.

Under the portal, approvals for applications having more than Rs 1 crore Fixed Capital Investment (FCI) would be given by Punjab Bureau of Investment Promotion (Invest Punjab) and for those up to Rs one crore FCI, they would be given at the district level.

Relationship managers/sector officers would be assigned automatically through the portal which would provide 34 pre-establishment and pre-operation regulatory clearances of 11 departments and 35 fiscal incentives.

The CM reiterated his government’s commitment to making Punjab the most preferred investment destination by according the highest priority to enhancement of ease of doing business.

Building on the success of Invest Punjab, the state was taking the ease of doing business to the next level, he said.

Additional Chief Secretary Industries and Commerce and Information Technology Vini Mahajan said with the launch of the portal, the existing and new industry would be able to obtain the approval required for setting up of units, as well as the fiscal incentives under various schemes.