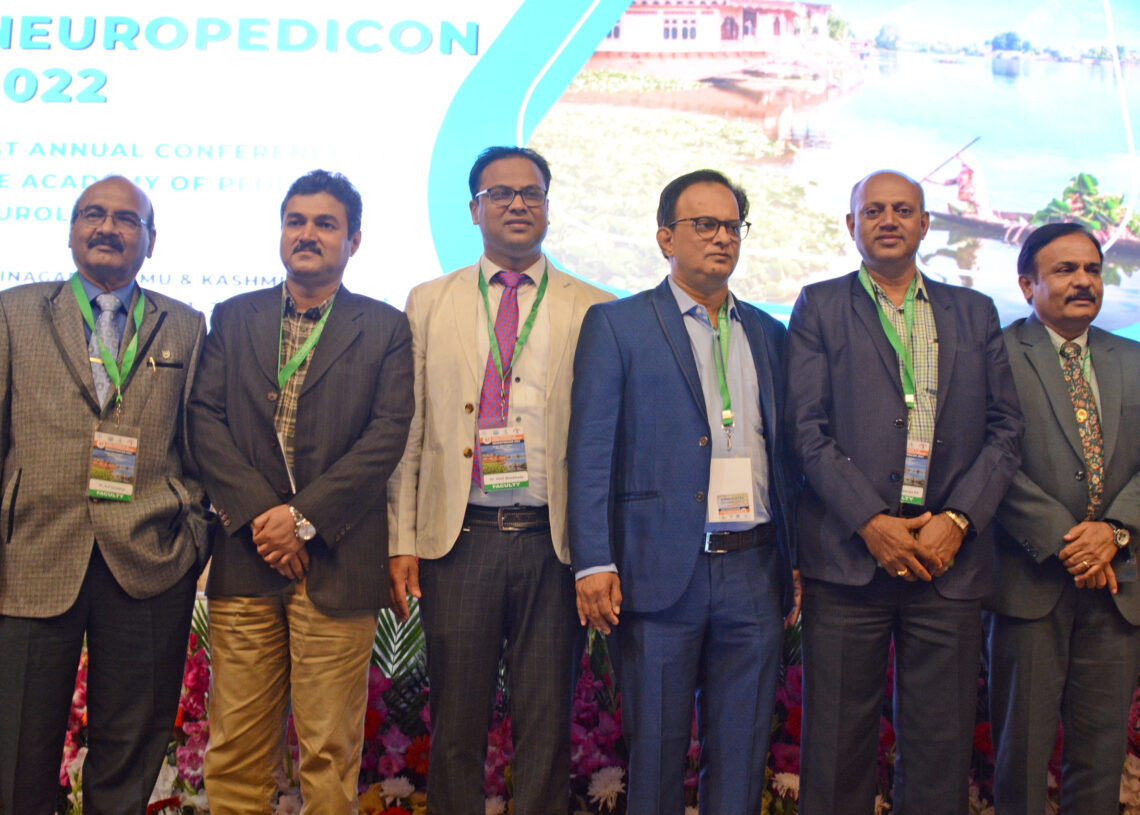 Srinagar: Top medicos of the country are attending the three-day-long 21st National Conference of the Indian Academy of Pediatric Neurology – ‘Neuropedicon 2022’ that started here on Friday.

Organizers of the event said a national-level medical conference of this kind was being held in the Kashmir valley after 33 years.

Talking to reporters on the sidelines of the event, renowned neurologist Dr. Sushil Razdan said cases of depression were on the rise and this conference would benefit all.

“The frequency of depression has increased all over the world, not just in Kashmir. Lots of people are suffering. An event of this kind was last held in 1989 and there has been no neuro meeting on this scale ever since. Neuro-pediatrics is a new specialty. In the 1980s, there was hardly anybody, and today there are hundreds of experts. Doctors and experts from all over the country are enthusiastically participating in this conference,” he said.

He said depression can be caused due to various reasons, especially the stresses of modern life.

“Reasons are so many – sometimes it can happen without a reason or it can happen due to stresses of modern life, stresses in education, stresses at home, loneliness, presence of drugs in society, not peaceful times around, etc. Covid is also a reason. As a result, the numbers have increased,” Dr. Razdan said.

He said teachers and parents should ‘pick up signs’ among children while batting for family support.

“It has increased in all age groups. Teachers and parents should pick up signs as first there will be irritability and lack of sleep. It can be cured by picking up early and there is a need for family support,” he said.

Organizing chairperson Prof Muzaffar Jan said 10 to 15 percent of children admitted to the Valley hospitals had neurological issues. He said the conference would immensely benefit the Valley-based doctors while treating patients.

“Around 10 to 15 percent of children admitted in hospitals have neurological disorders. We wanted to have a workshop of a national level so that our doctors update their knowledge that will enable them to treat patients better,” he said.

Dr. Ramesh Kumar, president of the Indian Academy of Pediatrics (IAP) along with senior doctors are attending the conference that will conclude tomorrow.