Monkeypox not currently a global health emergency: WHO 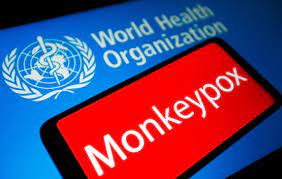 The World Health Organization’s chief said Saturday that the monkeypox outbreak was a deeply concerning evolving threat but did not currently constitute a global health emergency.

WHO director-general Tedros Adhanom Ghebreyesus convened a committee of experts on Thursday to advise him whether to sound the UN health agency’s strongest alarm over the outbreak.

A surge of monkeypox cases has been detected since early May outside of the West and Central African countries where the disease has long been endemic. Most of the new cases have been in Western Europe.

More than 3,200 confirmed cases and one death have now been reported to the WHO from more than 50 countries this year.

“The emergency committee shared serious concerns about the scale and speed of the current outbreak,” noting many unknowns about the spread and gaps in the data, Tedros said.

“They advised me that at this moment the event does not constitute a Public Health Emergency of International Concern (PHEIC), which is the highest level of alert WHO can issue, but recognised that the convening of the committee itself reflects the increasing concern about the international spread of monkeypox.”

Tedros said the outbreak was “clearly an evolving health threat” that needed immediate action to stop further spread, using surveillance, contact-tracing, isolation and care of patients, and ensuring vaccines and treatments are available to at-risk populations.

“The vast majority of cases is observed among men who have sex with men, of young age,” chiefly appearing in urban areas, in “clustered social and sexual networks”, according to the WHO report of the meeting.

While a few members expressed differing views, the committee resolved by consensus to advise Tedros that at this stage, the outbreak was not a PHEIC.

“However, the committee unanimously acknowledged the emergency nature of the event and that controlling the further spread of outbreak requires intense response efforts.”