Locals speak up against civilian killings, call out terror 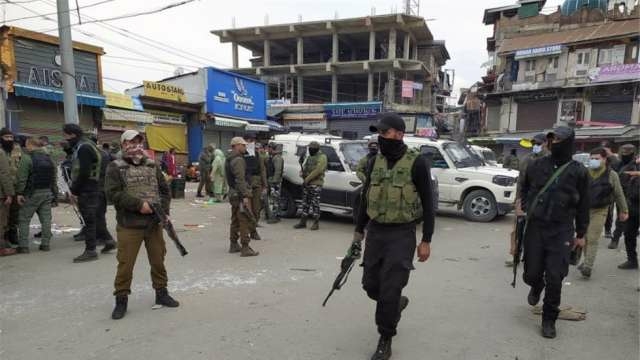 Srinagar, March 13: Shock and anger have swept across Kashmir after militants killed several civilians in the last few days.

According to Kashmir News Agency (KNA),  local residents have started speaking up against the civilian killings.

Locals said the killing of a bright student Rafiya Nazir and CRPF Trooper Mukhtar Ahmad is not merely a heinous crime against individuals but against Kashmiriyat.

Sadiq Manzoor, a resident, told KNA that these two incidents have exposed the hypocrisy of Pakistani state-sponsored terror machinery and its associates in Kashmir.

“Even an elderly man Ghulam Nabi was not spared. By the grace of God, he has survived. Terrorists have sent a chilling reminder to the entire Kashmiri society. Thousands of families have been irreparably damaged by Pakistan-backed terrorists and the social fabric now lies in tatters,” Sadiq Manzoor told KNA.

Rafiya, 19, was killed in a grenade attack at busy Amira Kadal market. She had shared her dream and zest for life after she passed the Class 12 exam with flying colors. Mukhtar was a CRPF trooper and the whole town of Shopian was proud of the young soldier.

“Today we are mourning the death of Rafiya, Mukhtar, and many other innocents. We cannot afford to go back to our normal routine after paying token remembrance. We must all stand in solidarity with these families and fight Pakistani propaganda,” Nisar Ahmad Rather, a local resident, told KNA.

Imtiyaz Ahmad Tenga, a well-educated farmer, told KNA that many families are livid over widespread atrocities committed by terrorists. He said that innocent killings have been going on for many decades but people cannot brush it aside.

“Terrorists have no mercy. We have seen they don’t even spare women and children. We cannot be numb to these atrocities. These terrorists are acting against Kashmiriyat. It is also true that a huge majority wants development, not bloodshed. I am hopeful this mindless terrorism will end and we will be able to rebuild our lives,” Tenga told KNA.

Several other residents talking to KNA said targeting innocent civilians is a well-tested modus operandi of Pakistan-sponsored terrorists. They argued that through such a despicable act, the butchers tend to send a message.

“But, suddenly things have changed. Now, people are seeing the development. They are reaping the benefits of peace and progress. Everyone wants to live a normal life. This has rattled many operatives of the terror ecosystem. The government is working incessantly to make citizens feel safer. For the first time in the last 30 years, common people came out on the street to protest against terrorist attacks and took a solemn vow to fight terrorism. It is terrorists who are now scared,” a resident told KNA.

KNA also tried to reach out to human rights groups based in Kashmir valley, but they refused to speak on innocent civilian killings by Pak-backed terrorists citing ongoing investigation in these cases.