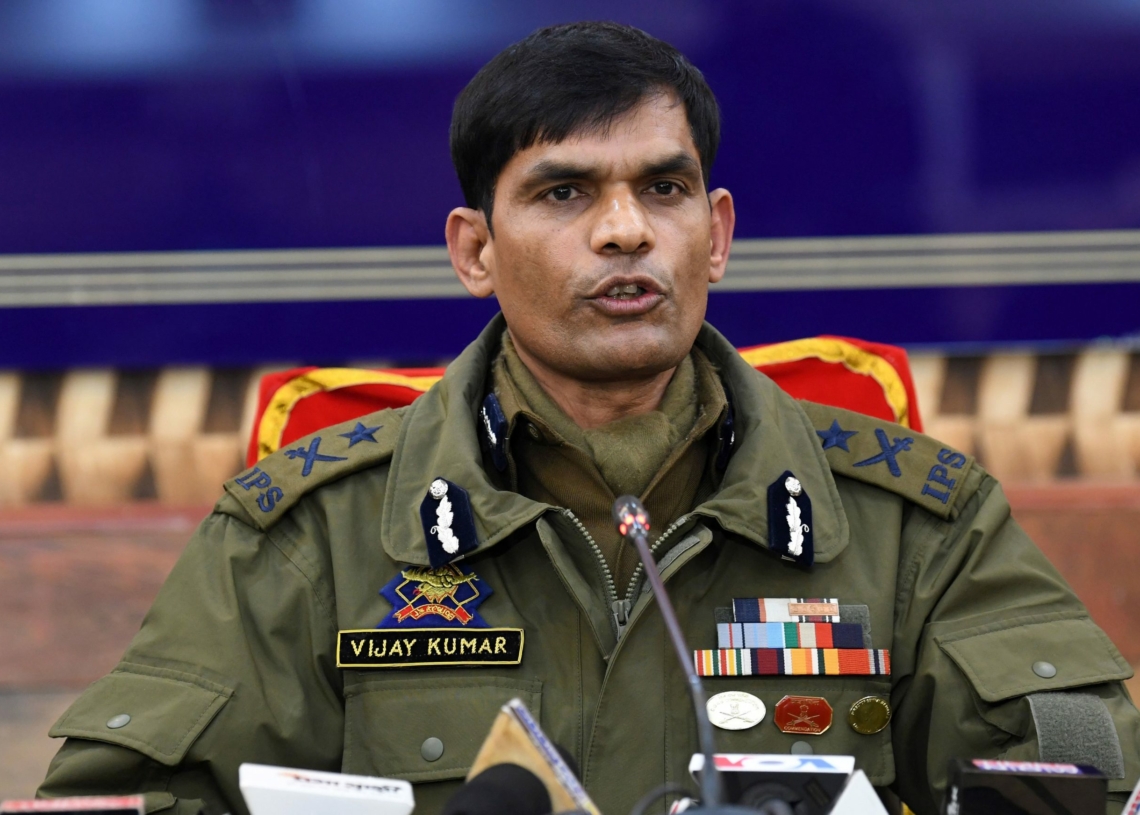 Srinagar: Inspector General of Police Kashmir range Vijay Kumar said that Lawaypora, Srinagar attack in which two CRPF men were killed and two others injured yesterday, stands solved as police have arrested two over ground workers (OGWs) and the Lashkar-e-Toiba militant involved in the act has also been identified. The IGP said that vehicle used in the attack has also been seized.

Talking to reporters on the sidelines of wreath laying ceremony of two slain CRPF men at RTC Humhama here, the IGP said that Srinagar police and Bandipora police worked tirelessly soon after the attack and identified the three men who took part in the Lawaypora attack.

“Two OGWs who were idenetified as Muzaffar Ahmed Mir and Javaid Ahmed Sheikh provided logistic support to one Lashkar militant Nadeem Abrar Bhat alias Abu Brar, a resident of Narbal, Budgam. Nadeem is close relative of OGW Muzaffar,” the IGP said as per news agency—Kashmir News Observer (KNO). He said that trio had conducted a recee of the area on March 24 after which they chose the target on Thursday afternoon.

The IGP said that acting on a lead, police arrested Javaid Sheikh first along with the Maruti car bearing number HR 10 Q-6583 in which some empty cartridges were also recovered. “After his questioning and interrogation, we also arrested Muzaffar. Raids were conducted on two hideouts, but LeT militant Nadeem and two foreign militants had fled after coming to know about the arrest of Muzaffar and Javaid,” the IGP said.

He said both the arrested OGWs have confessed to the crime. Asked whether any weapon was missing from the incident spot, the IGP said: “Yes, one weapon is missing.” He, however, said that police area working on leads and very soon the remaining attackers that includes Let militant Nadeem and two foreigners will either be arrested or killed in encounter.

Asked about spurt in militant attacks in Srinagar and its outskirts, the Kashmir police chief said that there is a militant movement on the national highway on city outskirts as it connects Srinagar with rest of the Kashmir districts. “We will see if there is any loophole and ensure that the same is plugged,” the IGP Kumar said.

About the rise in bank robbery cases in Srinagar and outskirts, he said in the past 12 days, three incidents have taken place and one person has been arrested. “More arrests are on cards. We will soon share details with the press,” he said. On whether attacks like Lawayore may cast a shadow on the upcoming Amarnath Yatra commencing from June 28, the Kashmir police chief said that those involved in yesterday’s attack will be killed before the Yatra starts.

Speaking on the occasion, IG CRPF Srinagar Sector Charu Sinha while referring to the Lawaypora incident said: “Such incidents are like dancing with the devil, and it’s the devil who calls the tune. I leave it to the people of Kashmir to choose between peace, harmony and violence.”—(KNO)