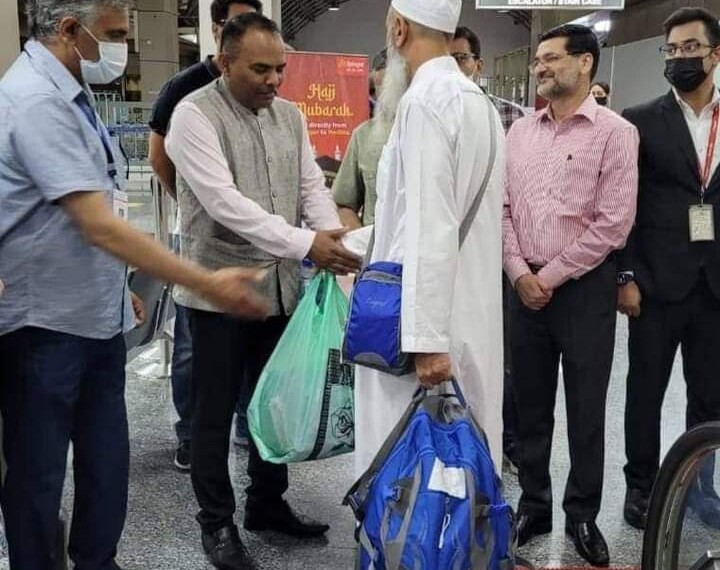 The first flight carrying pilgrims back from Saudi Arabia landed at Srinagar International Airport at 7.45 a.m.

P.K.Pole, Divisional Commissioner (Kashmir), Sujit Kumar, DIG (Central Kashmir), officers of the Haj committee, and others received the pilgrims at the airport.

Adequate arrangements have been made at the airport for the comfortable return of the pilgrims.

The last flight carrying pilgrims will land at Srinagar airport on August 1.