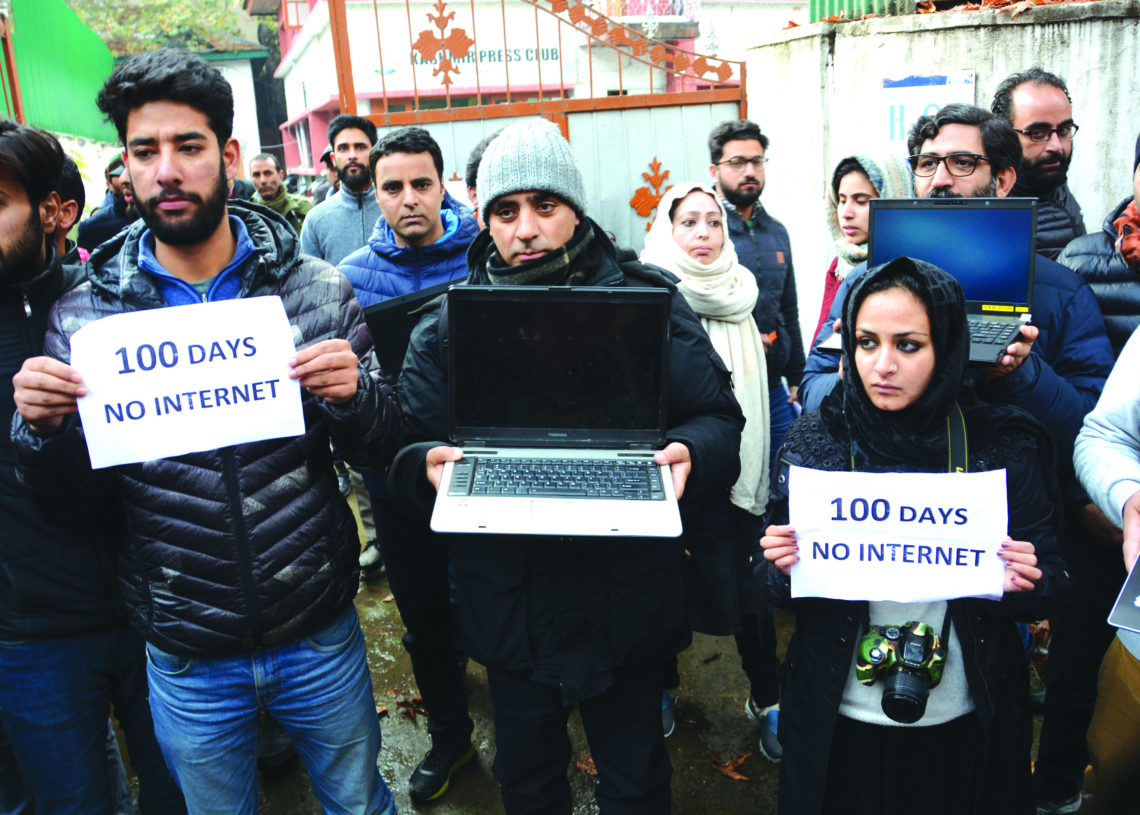 Srinagar, Nov 12: Journalists in the Valley took out a protest march here against the continued suspension of internet services which completed 100 days on Tuesday since the abrogation of the Jammu and Kashmir’s special status on August 5.

Scores of journalists working with different media organisations assembled at the Kashmir Press Club here and took out a protest march against the snapping of internet services in the Valley on the night of August 4, hours before the Centre revoked the state’s special status under Article 370 and abrogated it into two Union Territories.

The journalists demanded immediate restoration of the services to facilitate the media persons to discharge their professional duties.

“We took out the protest against the suspension of internet services for 100 days now. Internet is a basic took for journalists to discharge their professional duties and we demand its immediate restoration,” senior journalist Pervez Bukhari told reporters after the protest.

The Centre’s August 5 decision led to an unannounced shutdown in the valley even as authorities imposed severe restrictions, including on communication, which were later gradually eased out.

Postpaid mobile services on all networks were restored in the Valley on October 14, 72 days after they were snapped. However, pre-paid mobile phones and all internet services continue to remain suspended since August 5.

The government has set up a ‘Media Facilitation Centre’ at a conference hall of a local hotel here for journalists to discharge their professional duties. But the media persons complain that it has not enough computers and they have to wait for hours for their turn.