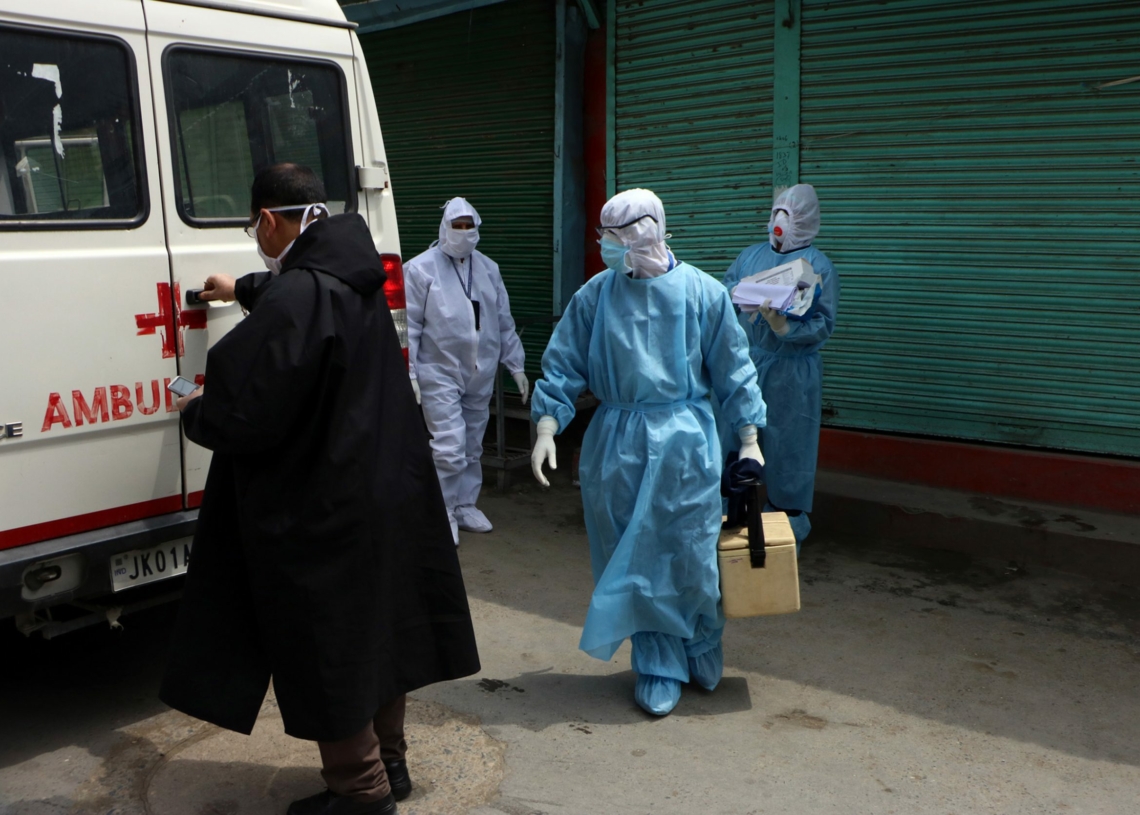 Srinagar: Srinagar witnessed a huge spike in cases as samples of 15 residents of the summer capital came out COVID-19 positive on Saturday.

The total number of fresh cases in J&K for the day was 27 – two from Jammu and the rest from Kashmir.

Of the 25 new cases in Kashmir, six were tested positive at SKIMS Lab while as 19 at CD hospital lab.

At GMC Srinagar lab, out of 470 samples tested, 19 were tested positive, among them 15 are from Srinagar and four from Anantnag.

Srinagar cases include five of a single family of Batpora Rainawari. The other 10 were tested positive late Friday and include eight from one family from Jogi Lanker, one from Narwara, who has a travel history of Delhi and an employee of LD hospital who was already on sick leave.

With the fresh cases, the total number of positive cases in Jammu and Kashmir has reached to 66 including 60 from Jammu and 606 from Kashmir division.