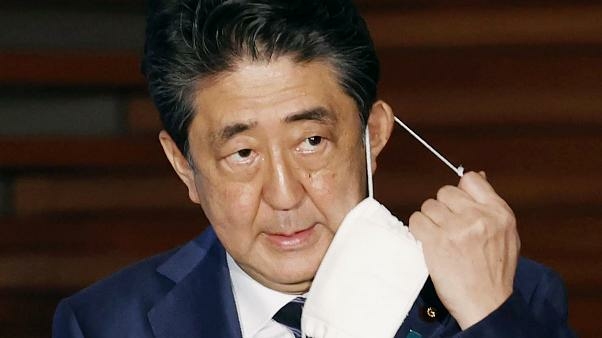 Tokyo:Japanese Prime Minister Shinzo Abe on Friday announced that he was resigning from the post due to health concerns.

The 65-year-old made the announcement at a press conference in Tokyo, reports Xinhua news agency.

Abe said that he needed to be treated for a flare-up of his intestinal disease that led his first one-year stint to end abruptly in 2007.

He said he will receive new treatment but required prolonged care.

The Prime Minister said he did not want his illness to get in the way of decision making, and apologised to the Japanese people for failing to complete his term in office.

Earlier in the day, the Prime Minister and officials of the ruling Liberal Democratic Party (LDP) held a meeting to discuss his decision to step down following his ill-health, the country’s national broadcaster NHK said in a report.

Abe had been busy in recent months — working 147 days straight — dealing with the coronavirus pandemic and natural disasters that hit parts of the country earlier this year.

But rumours about the premier’s deteriorating health were amplified by his two trips to the Keio University Hospital in Tokyo within a week.

Abe’s first admission to the hospital on August 17 for what was described at the time as a “health check-up” that lasted for more than seven hours.

On Monday, Abe revisited the hospital to receive the results of the check-up and underwent more tests, lasting four hours.

Also that day, he became Japan’s longest-serving leader with the most consecutive days in office at 2,799.

If confirmed, this will be the second time that the Prime Minister will step down from his post over a medical issue.

He returned to the top job in 2012 after a landslide election win in the Lower House, NHK reported.

Abe, prior to his health condition, was set to spend one more year at the helm.

Meanwhile with the premier resigning, the race to find his replacement has intensified, The Japan Times said in a report.

In a Kyodo survey conducted over the weekend, 23.3 per cent said Ishiba should become the next Prime Minister, while 11 per cent said Abe should stay on.

Environment Minister Shinjiro Koizumi followed with 8.4 per cent, Defence Minister Taro Kono was at 7.9 per cent and Kishida was at 2.8 per cent.