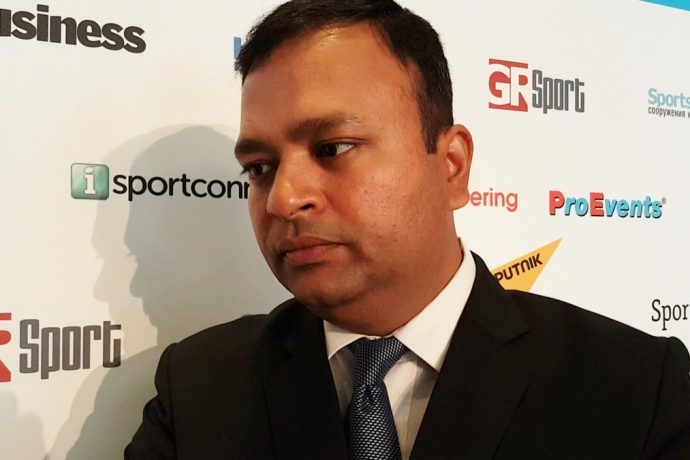 Srinagar: CEO I- League, Sunando Dhar has said that the physical attributes of Kashmiri players were ideal to turn many of them into top professional footballers and that this was the ideal time for a club from Kashmir to qualify for the I-league.

Dhar who was in Kashmir to review the matches of Second Division I –League said that youth in Kashmir were talented and needed professional training to excel in this game.

“I personally felt good to see that football is a popular game in Kashmir. Considering the physique and talent of youth here, they have more chances to do better at national and international level,” he told The Kashmir Monitor.

CEO I- League said that Kashmiri players would see better experiences after qualifying for the I- league matches.

“Kashmir clubs, which current play second division football are performing better. But qualifying for the I-league will add more to their experience. Even playing for U-13, U-15 , U-18 and then for I- league will bring them to national focus,” Dhar said.

He claimed the successful homegrown football clubs here will inspire youth to adopt the game as their profession.

“In current scenario, football is the best exercise for youth here. Every household will watch them if they become successful footballers, which will inspire more youth towards this game. I am hopeful these players will play for clubs like Mohan Bagan, East Bengal and other reputed clubs,” Dhar said,

He said that the growth of homegrown clubs will play a major role in the promotion of this game at state level and national level.

“Some years back only one football club Lone Star FC existed in the valley. But now the Real Kashmir FC has emerged, which is competing with Hindustan FC. I personally wish the local clubs to grow even more and play for better leagues in future,” CEO I- League said.

Regarding infrastructure, Dhar suggested the state government should set up more artificial turfs to ensure the continuity of the game during harsh winters.

“Given the weather pattern of Kashmir there should be more synthetic turfs. A single synthetic turf will have more pressure and needs to be replaced after few years. If there are abundant turfs the game could be played here for 12 months,” he said.