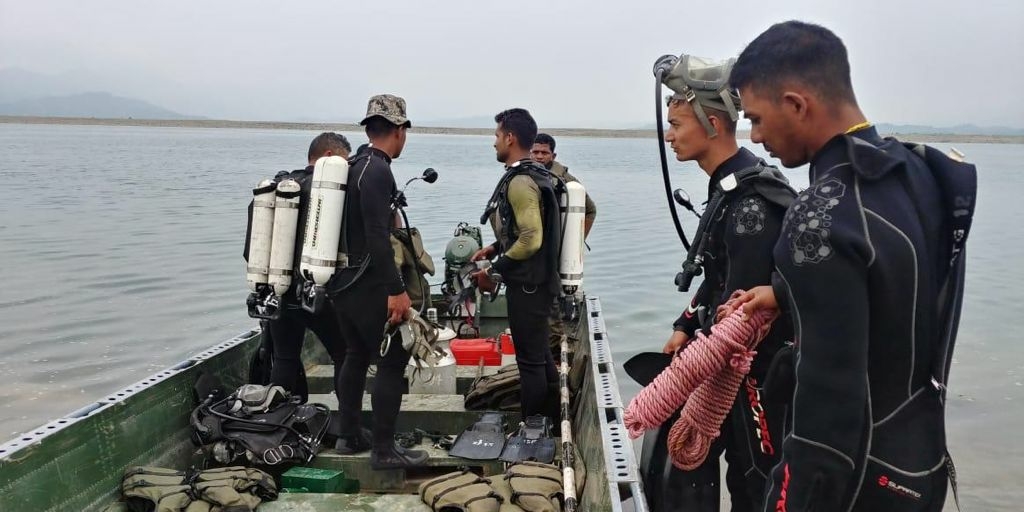 SRINAGAR: Seventy-five days after a military chopper crashed, Indian army and navy rescuers fished out the body of the second pilot from the Ranjit Sagar dam in Kathua.

On August 3, an army chopper with two pilots on board crashed into the Ranjit Sagar dam. On August 15, the army had fished out the body of Lt Col AS Baath from the dam. On Sunday, Capt Jayant Joshi’s body was fished out from the dam.

“Persistent efforts by Indian Army and Navy for 75 days which were going on day and night to recover the body of Capt Jayant Joshi, the second pilot of the helicopter which crashed in Ranjit Sagar Dam on Aug 3 has finally succeeded. The body has been recovered from the lake bed using hi-tech equipment,” said Lt Col Devender Anand, defence spokesman at Jammu.

He said due to the vast expanse and depth of the dam, the search and rescue team was using state-of-the-art multi-beam sonar equipment to scan the lake bed.

“Based on the technical inputs, the remotely operated vehicle having robotic arm along with the professional divers were launched to search the area. On October 17, the body was detected at a depth of 65-70 meters, and immediately the ROV was launched to recover the body,” he said.

After local medical examination, the body was evacuated to Military Hospital Pathankot for further examination.

“Indian Armed Forces once again demonstrate its resolve towards its soldiers and took all possible actions to recover the body of Capt Jayant Joshi, a young pilot who made the supreme sacrifice in the line of duty. Indian Army stands shoulder to shoulder with the family of Capt Jayant Joshi during this hour of grief,” he said.

Indian Air Force had airlifted the heavy equipment from Vishakhapatnam to Pathankot for speeding up the underwater search. Indian Army and all other agencies including the Indian Navy, Indian Air Force, NDRF, Ranjit Sagar Dam Authority and District Authorities including the locals had spared no efforts for bringing the operation to a final conclusion.