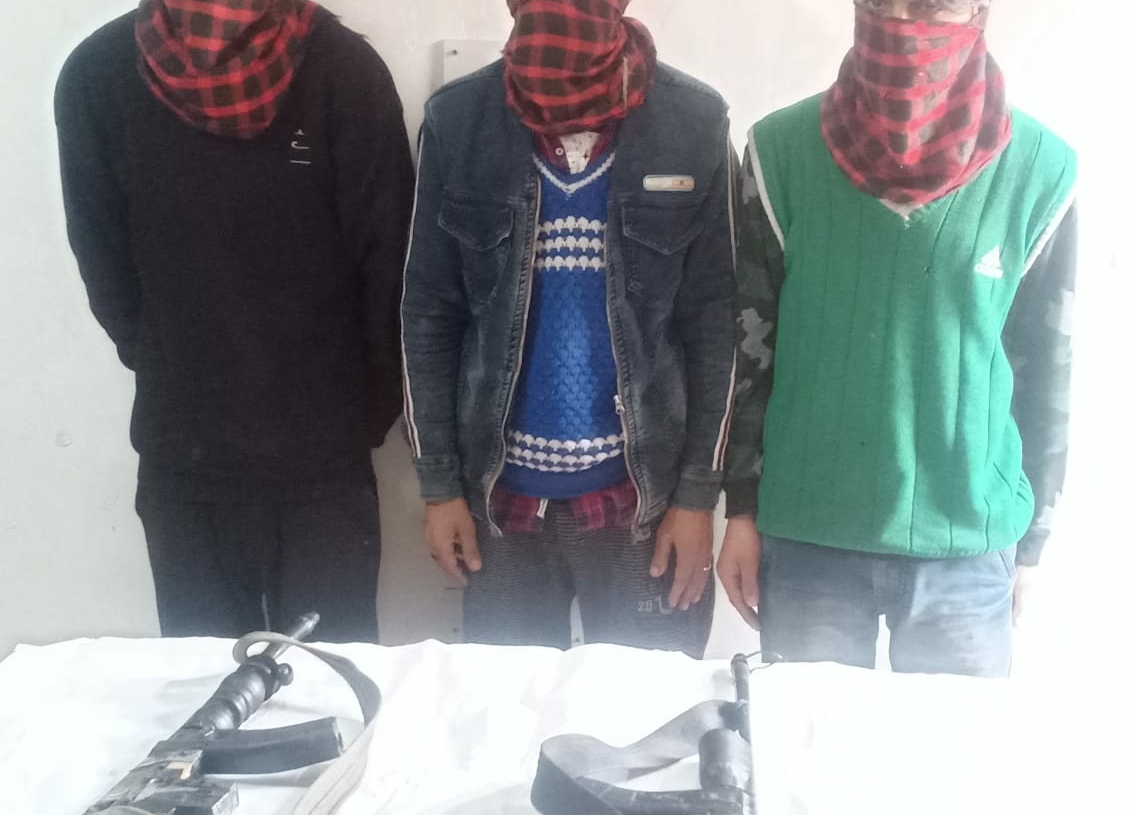 Srinagar, March 12: Police in a major breakthrough busted gang involved in highway robbery and house breaking. Three accused have been arrested and stolen property worth lacs has also been recovered.

“On receipt of several complaints about highway robbery and house breaking incidents, a special team was constituted under the supervision of SDPO Sadder Dr. Azhar Rashid-JKPS to investigate the incidents,” a police spokesman said in a statement.

During the course of investigation, officers were able to identify the accused persons involved in extorting money, committing thefts and masquerading as gunmen with dummy guns, he said.

When the officers spoke to them, they learnt about their involvement in already registered FIRs regarding highway robbery and thefts. On their disclosure Maurti Car, TV, refrigerators, washing machine, gas cylinders, cooking gas stoves, crockery, electronic goods, vehicle batteries and 31 mobile phones were recovered, he said.

The gadgets used by this gang for house breaking/robbery were also recovered. Further investigation in this regard is in progress, he said.

Meanwhile, the spokesman said that police station Kotibagh solved a theft case by arresting two accused persons involved in the crime. “Stolen property has been recovered by the officers”.

“Police Station Kothibagh received a complaint from Niyaz Rasool Sofi resident of Panthachowk that some unknown persons barged into his shop located in Chinar Complex Residency Road and stole Mobile chargers in bulk,” he said.

Subsequently, a case FIR No. 16/20 under relevant sections was registered and further investigation was set into motion, he said.

“During the course of investigation, investigating team headed by SHO PS Kothibagh arrested two accused persons. They have been identified as Pannu Ram son of Tulsa Ram resident of Rajasthan A/P Buchwara Dalgate and Bashir Ahmad Sheikh son of Mohd Akbar resident of Khalpora Dalgate. Officers were able to recover 260 mobile chargers from their possession. They have been shifted to Police Station where they remain in custody”.