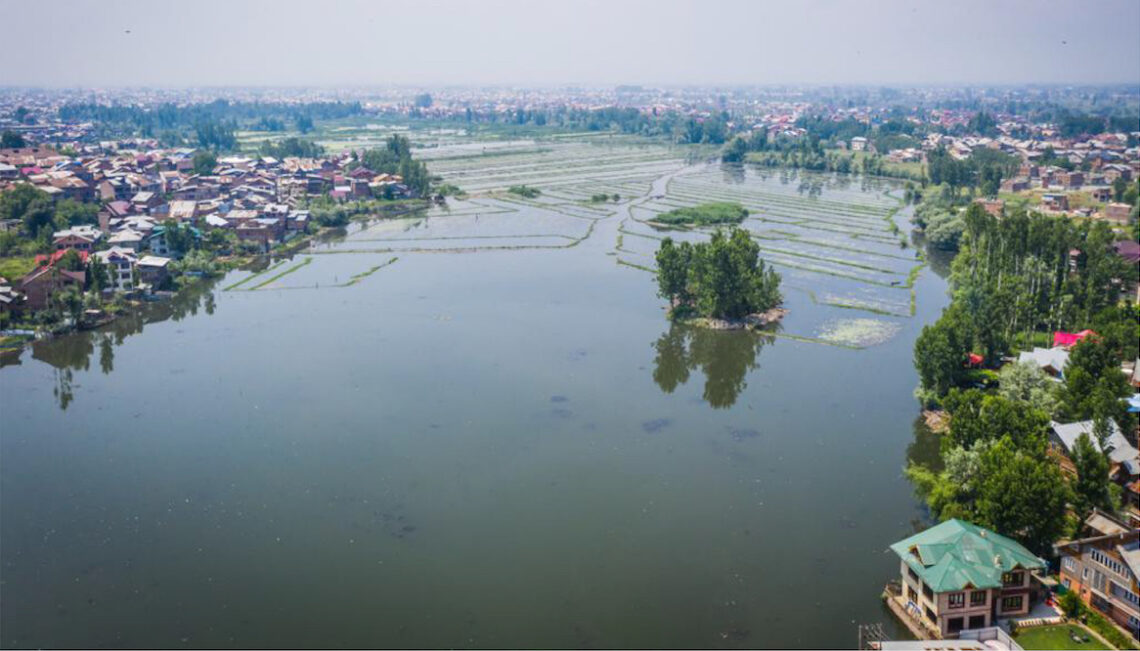 Srinagar:  Early morning, scores of the youth can be seen marching towards Khushalsar in Srinagar. Carrying fishing rods and nets, it has become a routine for them to sit quietly on the banks of the lake to catch fish.

Fortunately, none of these locals return home without a catch. Thanks to the administration which has succeeded in reviving fish in Khushalsar after a gap of more than three decades.

Last year, Nigeen Lake Conservation Organization (NLCO) and the government collaborated to revive Khushalsar, which had become a dumping site for the last 30 years. A year on, fishes were bred again in the lake.

“We had forgotten the fact that this lake was once a treasure of fish and lotus. Now, after cleaning, fishing has revived in the area. Every morning, scores of the people particularly youth can be seen holding fishing rods to catch fish,” said Salman Mir, a local.

The fish population is so huge that every person catches almost one to two kilograms every day.

“Mostly carp can be found. The amazing thing is that the fishes are bigger in size. We are very much thankful to the NLCO and administration for reviving this lake,” Mir said.

Manzoor Ahmad Wangnoo, chairman of NLCO said the fishes started breeding in the lake after its water quality improved.

“I was surprised to see people catching fish with nets. Seeing the quality of water, the fishes have traveled from Nigeen lake to Khushalsar via Nala Amir Khan and Gilsar,” he said.

Wangnoo said the department of tourism even gave two docks for the locals to catch fish. “People can sit on these jetties to catch fish. Khushalsar has the potential to become one of the attractive lakes of Kashmir,” he said.

Wangnoo said they will approach the fisheries department to introduce new varieties of fishes in the lake.

“We want the lake to become famous for its beauty and fish quality. We will request the fisheries department to introduce some new breeds of fish in the lake,” he said.

Director Fisheries department Irshad Ahmad Shah told The Kashmir Monitor that they will send a team of experts to Khushalsar to see which variety of fish can be cultivated in the lake.

“We will see which seed will be suitable for the lake. So far we have three varieties common in Kashmir which include silver carp, grass carp, and common carp. We will assess which variety out of them will survive and breed within the lake,” he said.