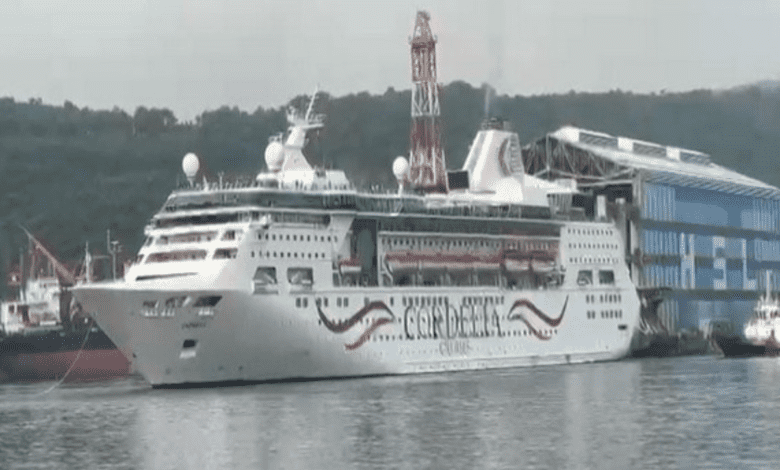 Doha: Amid the luxury awaiting those visiting Qatar for the FIFA World Cup 2022 are cruise liners to house fans in the waters of Doha.

One such cruise ship set sail for Doha, 20 days ahead of the kick-off to take place on November 20.

MSC Cruises announced that MSC World Europa had set sail for Qatar in preparation for its naming ceremony, which will take place in Doha on November 13, in preparation for the reception of fans to arrive in the Gulf state, Qatar News Agency reported.

Tournament organizers have arranged three cruise liners that will accommodate fans to ease the pressure on hotels and other forms of accommodation the country has built for the 1.2 million people expected to visit the country for the tournament. MSC World Europa is one of the three ships, which will serve as floating hotels.

The cruise liner is a modern floating hotel, consisting of 22 floors. It has 2,626 cabins and more than 40,000 square meters of public space. The ship has been built to keep pace with modern standards in technology and green practices and includes versatile recreational options.

The ship has a 104-meter outdoor walkway and is equipped to offer entertainment options for all ages, including three new concerts, five new theatre performances, four unique experiences in the “Panorama Lounge”, and live performances traveling to various areas on board the ship.

The floating hotel has the largest children’s area of all ships of the MSC fleet, with an internal spread of more than 766 square meters, and seven rooms, each suitable for different age groups, from newborns to 17-year-olds.

The ship offers seven swimming pools, 13 whirlpools, and a luxurious yacht club, which includes public spaces, outdoor areas, and new suites. It will spend its first year in the waters of the Gulf, before leaving the region for the Mediterranean in the summer of 2023.

MSC World Europa is the first ship in the MSC fleet of cruise liners to be powered by liquefied natural gas, one of the cleanest fuels in the world, QNA said.

The cruise liner also includes a system to reduce the impact of underwater noise to a minimum, and reduce the potential impact on marine mammals in the surrounding waters.