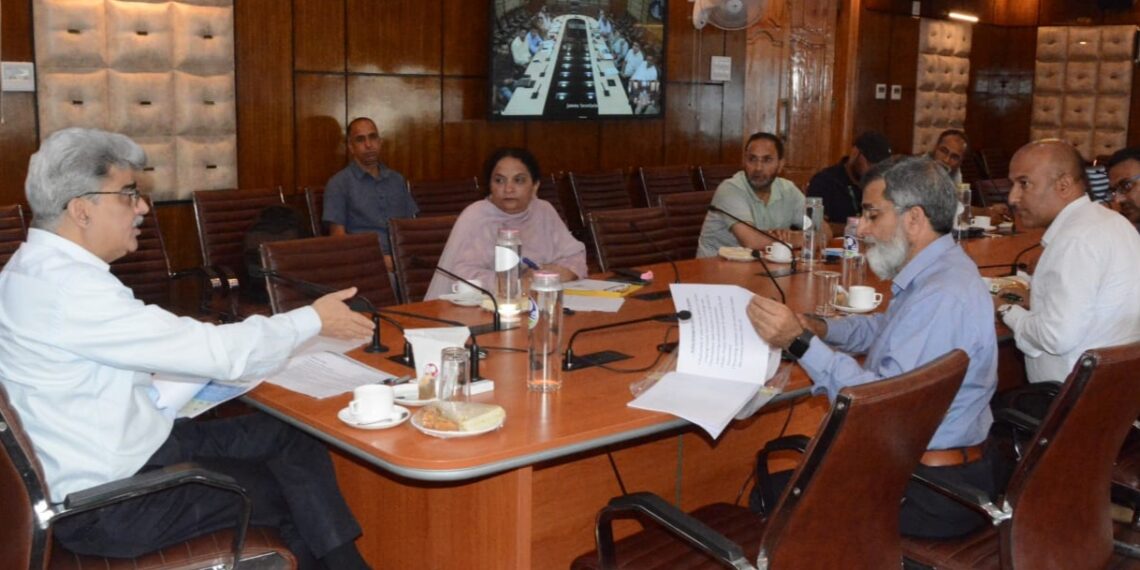 The meeting discussed the status of fodder in the UT, common fodder crops grown, modern trends in fodder cultivation and processing. Interventions required for highland pasture development and the role of CSS-National Livestock Mission in mitigation of fodder scarcity in J&K was also highlighted.

At the outset, it was given out that J&K has a huge repository of livestock, there are 24.57 lakh cattle, 6.90 lakh buffaloes, 45 lakh sheep and goats and 72.3 lakh backyard poultry birds. Livestock sector is emerging as important growth leverage to J&K’s economy. Agriculture & allied Sectors including Forestry / Livestock/Fisheries contributed 15% to State GSDP. It was further given out that agriculture and allied sectors sustain the livelihood of about 70 % of the population of the UT.

Dulloo stressed on breeder seed production of improved fodder varieties, seed multiplication and optimum SRR with a target to increase 20 to 30 % production in the area already available for fodder cultivation. He directed the officers to put in place various procedures and policy enablers so that farmers from Jammu and Kashmir are provided with the best available resources to further increase their income.

He emphasised on the promotion of latest high tech technologies like hydroponic fodder making and use of chaff cutter as chaffed fodder becomes more palatable and is 100% consumed. He took inputs/ feedback for beneficiary-oriented Fodder Development Scheme for dairy development in UT of J&K.

Dulloo further said that awareness of farmers regarding best feeding practices and fodder cultivation practices is a solution towards fodder development in J&K.

It was given out in the meeting that incentive to fodder growers and linking them to silage making entrepreneurs and establishment of fodder banks- can be established in government farm lands on pilot basis.

The meeting further highlighted the need for framing of a policy for de-weeding of Pasture lands, rejuvenation of highland alpine and subalpine pasture, use of drone technology for fodder seed broadcasting of pasture lands and policy for pasture land management to prevent over grazing.