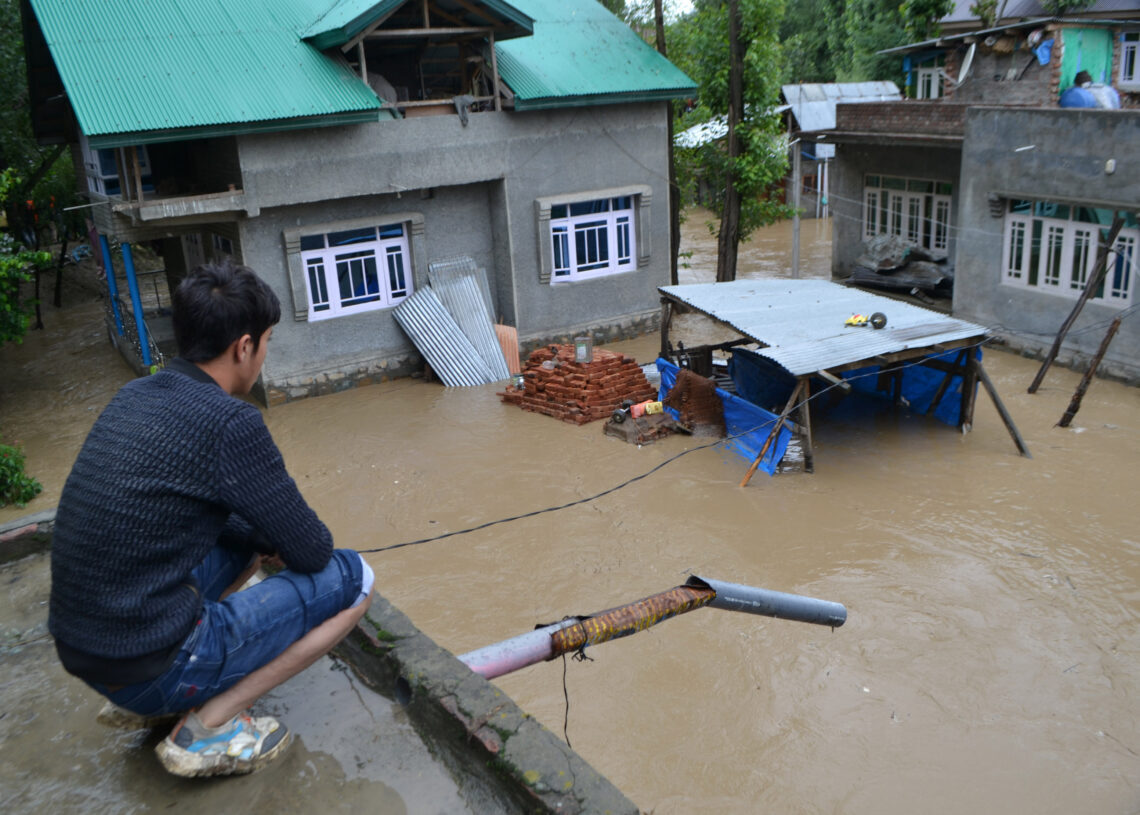 Srinagar: Call it the climate change effect, the frequency of cloudbursts and flash floods have shown an increase in Jammu and Kashmir.

Extreme events are occurrences of unusually severe weather or climate conditions that can cause devastating impacts on communities and agricultural and natural ecosystems. Weather-related extreme events are often short-lived and include heat waves, freezes, heavy downpours, cloud bursts, and flash floods.

Official figures accessed by The Kashmir Monitor reveal that Jammu and Kashmir has recorded nine adverse events including flash floods and cloudbursts in May, June, and July this year.

This can be gauged by the fact that in June, the valley was hit by flash floods triggered by incessant rain over several days. This led to a rise in the level of most water bodies, many crossing the danger levels at various locations.

It was followed by sudden flash floods in Amarnath, on July 8 which led to the deaths of at least 16 people and injuries to more than 20 others.

The latest tragedy unfolded when around 14 structures, including a school building, were washed away and 20 others got partially damaged in a flash flood, which was triggered due to cloudburst in the Kahra and Jai areas of the Doda district on July 20.

Director Meteorological department (MeT) Sonam Lotus told The Kashmir Monitor that there is an incremental rise in the frequency of extreme weather events.

“Factors like climate change and global warming are contributing to the increase in the events like heavy rain, flash floods, etc,” he said.

Having said that, the weather extremes have happened in the past and will continue to happen in the future, Lotus emphasized.

“This is not something new. It is just that such events are being recorded, reported, and disseminated on a real-time basis from every nook and corner of the country, except the remote locations. Thanks to the media, social media, and technology especially smartphones which play an instrumental role in sharing the information,” he said.

An official of the MET Department said, unlike cyclones, forecasting a cloudburst is very difficult due to the dynamics of the rapidly developing clouds over a very small area.

He noted that the intensity of cloudbursts and flash floods has increased over the last decade.

“The rate of increasing deforestation, population growth, and global warming together contribute to the rise in such weather occurrences,” he said.

Akhtar H Malik, a junior scientist at the Department of Botany, University of Kashmir, said erratic weather has hit various sectors of Kashmir.

In addition, he said erratic weather also caused flash floods this year. “The flash floods also damaged mountain diversity. The flash floods also hit the nomads as grazing areas also were affected. Whenever there is a sudden increase or decrease in temperature, local biodiversity of that particular area including wildlife gets disturbed,” he said.

Akhtar said flash floods due to inclement weather also led to the loss of fertile soil.

“For last few years, flash floods are visible with the result that the fertility of soil gets affected. The productivity of grassland and plant diversity also get affected,” Akhtar said.