`Chogal czaman’: Tease your taste buds with special cheese that is redefining white revolution in Kashmir 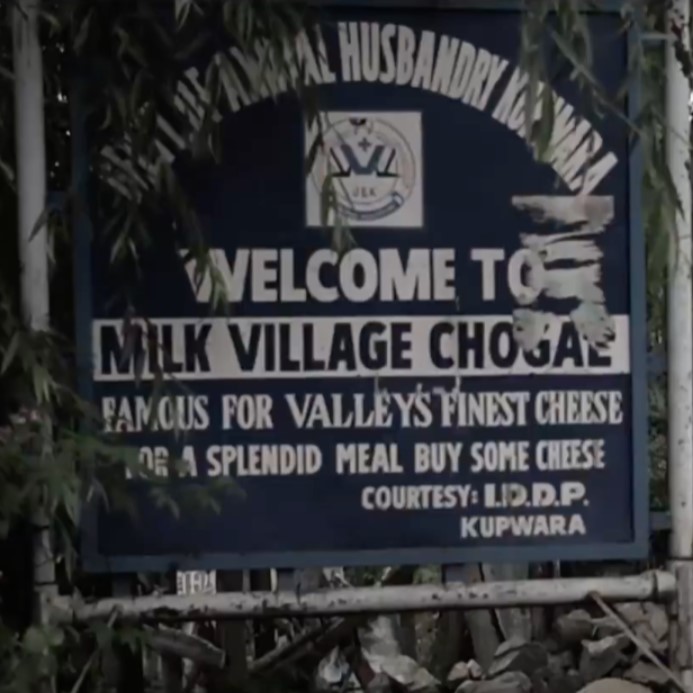 Srinagar: If you happen to be in Handwara, don’t forget to taste the finest cheese of Chogal.

Yes, you heard it right, a village, which is nestled in Kupwara district, is defining the white revolution and has earned the distinction of Jammu and Kashmir’s first milk village.

The village, where farmers also own apple orchards and rice fields, has stuck to its roots and continues to sell quality dairy products to the customers.

At least 10 dairy shops are located in the village with each of them remaining abuzz with the customers.

“Chogal czaman (cheese) is nothing new as our ancestors used to sell it to the people. What has made this village stand out from others is the quality of milk and its products,” said Bilal Ahmad, a resident of Chogal.

Two dairy business owners Abdul Rehman Gojri and Abdul Aziz Gojri are believed to have established the dairy business in the village, which was later adopted by the fellow villagers.

The villages produce more than 15 quintal cheese, which is worth Rs 4 lakh every day.

Every farmer in the village owns a cow or more than two to produce milk, curd, and cheese in good quantity. “Cheese is the most sought but curd and milk are equally loved by our customers. We don’t mix anything with the milk to keep its quality intact,” Ahmad said.

“Every household has two to three cows of different breeds. Mostly cross breed Jersey cow is reared here which produces a good quantity of milk and withstands our climatic conditions,” he added.

The local milkmen collect the milk from adjacent villages including Kulangam, Gund, and others to meet the cheese demand of its customers.

Chogal cheese sells like hotcakes with customers coming from far-flung areas including Srinagar, Anantnag, and other places.

“Chogal Cheese reaches to far-flung areas of the villages and even other states including New Delhi,” said Ghulam Nabi, a shopkeeper.

The customers claim that the quality and taste have been the driving forces from them to travel a long distance to purchase Chogal cheese.

“I have tasted cheese from all the district of the valley but I can vouch that Chogal cheese has different quality and tastes much better,” Muzaffar Ahmad, a resident of Baramulla.